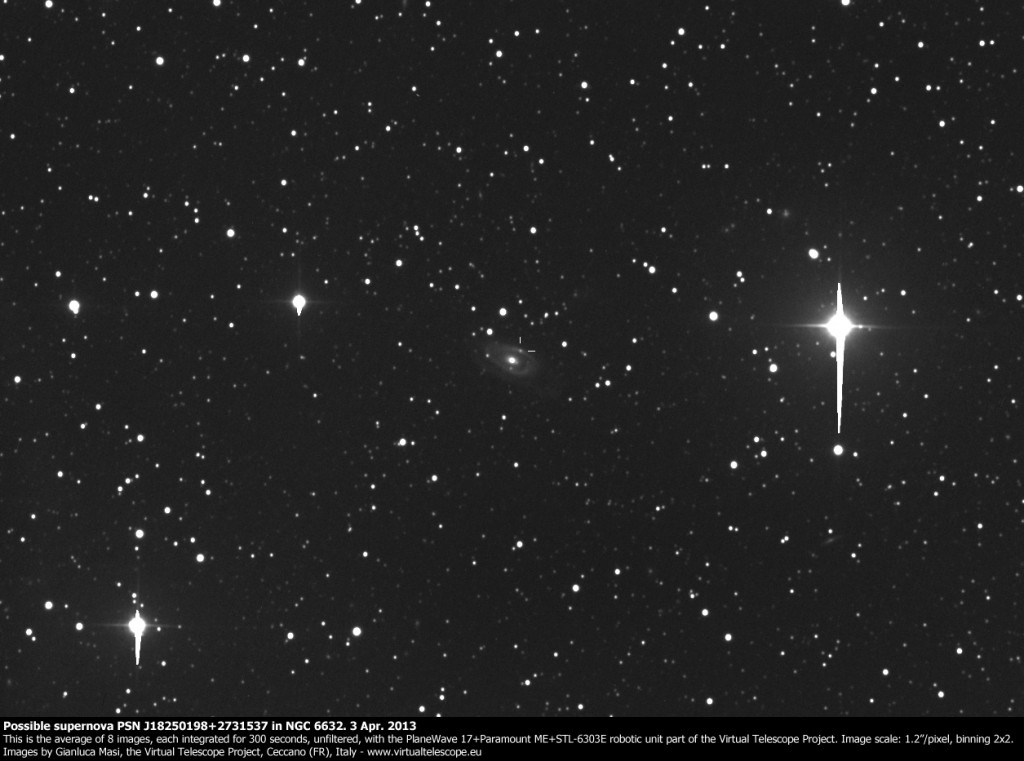 The Virtual Telescope imaged the supernova candidate PSN J18250198+2731537 in NGC 6632, originally reported on 24 mar. 2013 by Z. Jin and X. Gao, China and still spectroscopically unconfirmed. The hosing galaxy is peculiar as it shows two distinct spiral patterns and it is one of the largest spirals, with a diameter of more than 150.000 light years. Its distance is around 200 millions of light years. A short break in the clouds made possible observations.

Eight unfiltered frames, each integrated for 300 seconds, were averaged to obtain the final image above. They were remotely grabbed with the PlaneWave 17″ robotic unit part of the Virtual Telescope.

Looking at the NOMAD star catalog, there is an entry at 2.7″ in RA and 0.4″ in declination; while the cataloged object can be a HII region “knot”, there is still the possibility that the reported transient is an outbursting object (and the different astrometry due to a HII contaminating the faint NOMAD entry). A spectrum would make things clear.