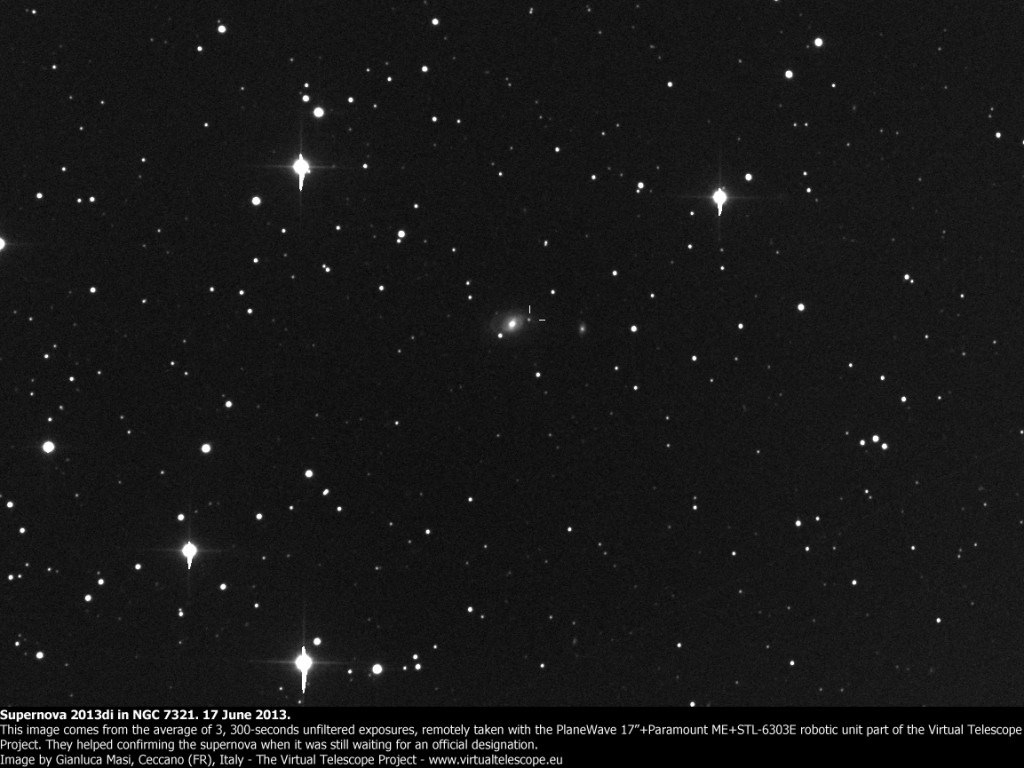 The object appeared very well. At that time, the supernova was undesigned, our observations were very precious to confirm its existence. The transient was detected and resulted at mag. 17.0

Later, the object was officially designed as SN 2013di.