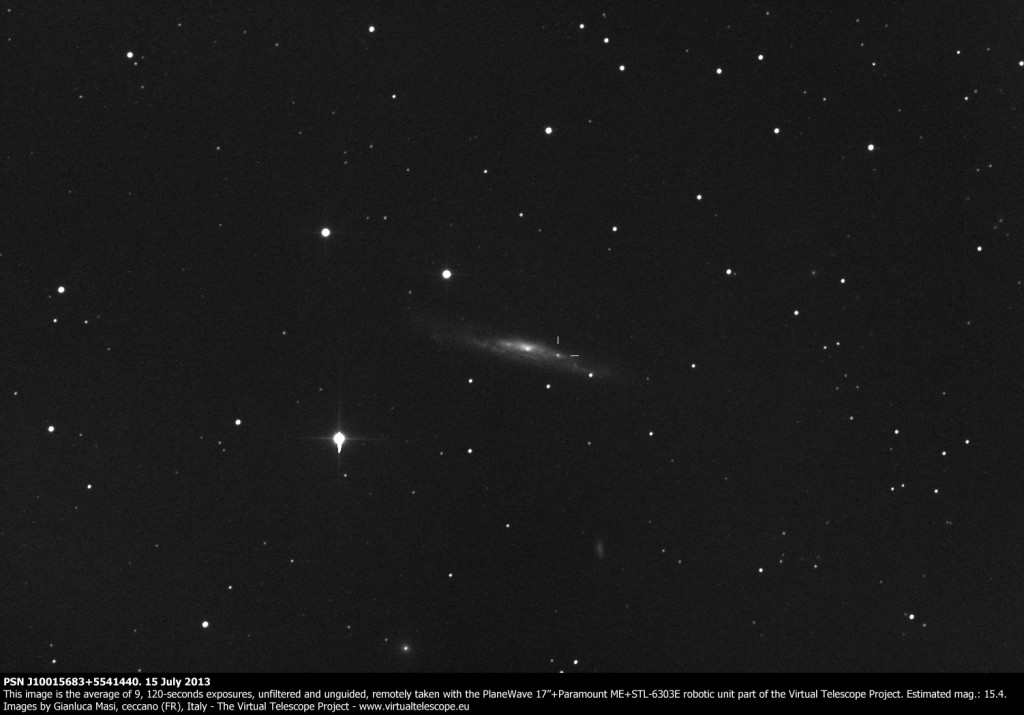 On 15 July 2013 the Virtual Telescope’s 17-inches main robotic unit was remotely slewed to confirm a supernova candidate, PSN J10015683+5541440, reported by the Central Bureau for Astronomical Telegrams. It was a difficult target, as it was at about 30 deg above the NW horizon and sinking in the summer haze. But the imaging was successful and we spotted the object pretty well.

The image above shows the transient, while it was shining at about mag. 15.4, unfiltered.

Also, spectroscopy was performed, this time with the 14″ robotic unit, equipped with a diffraction grating. The faint spectrum above apparently shows an emission at the Hydrogen alpha wavelength, suggesting this is a type II supernova. It is now officially named SN 2013ee.

It was the first time for the Virtual Telescope that both imaging and spectroscopy were performed at the same time, using both the scopes.