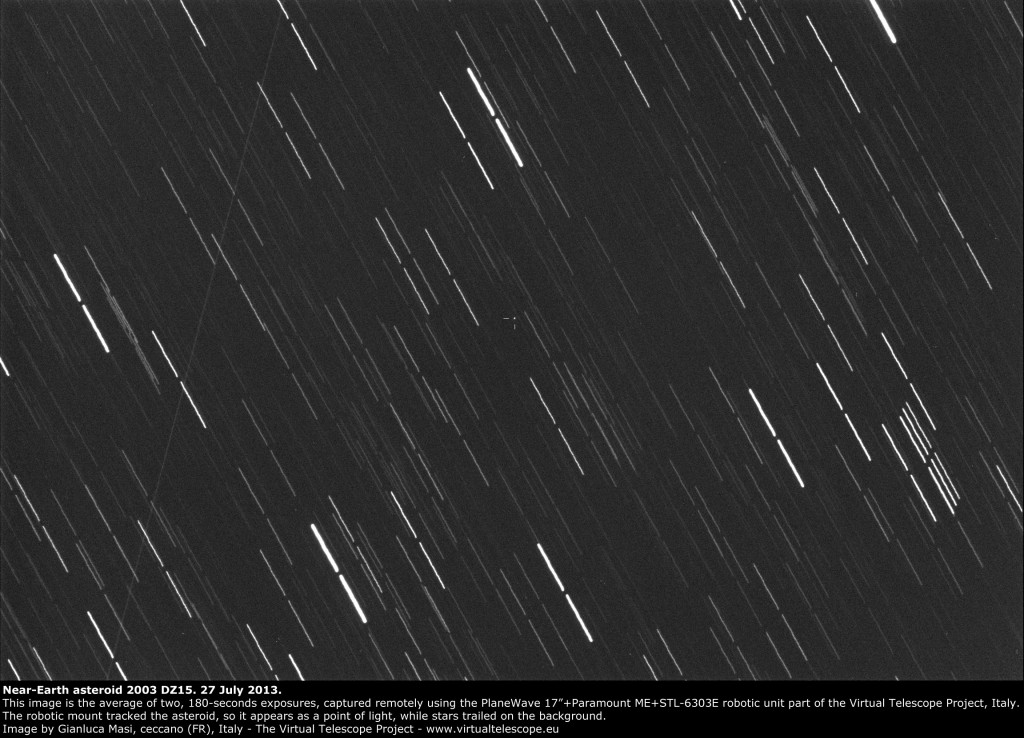 Near-Earth asteroid 2003 DZ15 has almost reached its minimum distance from the Earth: it will be touched early next 30 July, when this rock will be at 3.5 millions of km from us.

While waiting for such close encounter, the PlaneWave 17″ robotic unit imaged 2003 DZ15 again and the resulting, spectacular image is visible above. The Paramount ME robotic mount tracked its apparent motion, showing an amazing performance, with the object perfectly tracked and stars smoothly shifting on the background. A satellite trail is also visible.