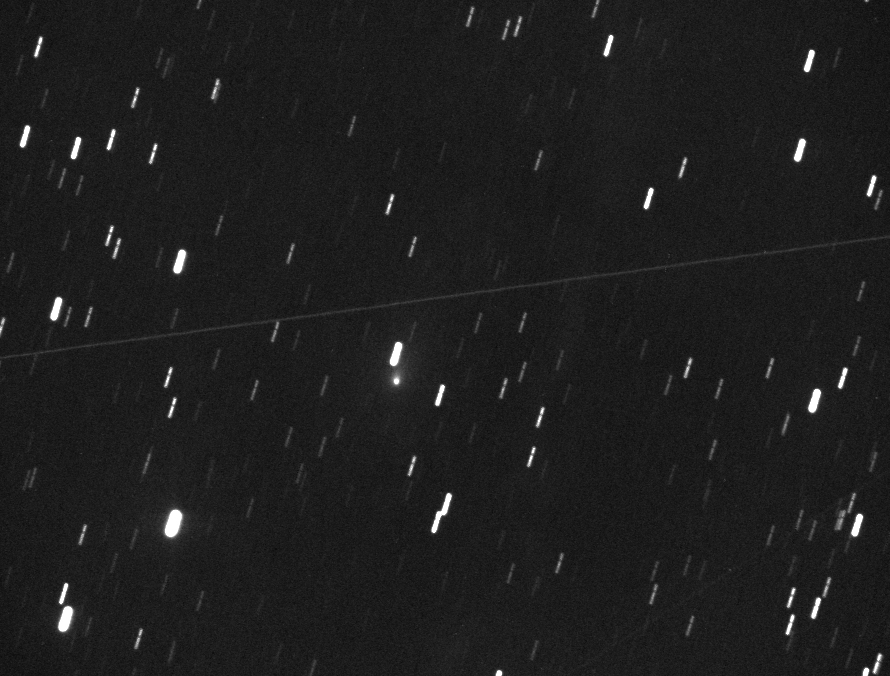 While waiting for comet Ison, we have another nice comet to observe. It is comet C/2013 R1 Lovejoy, discovered by T. Lovejoy early this month.

Early in the morning of 14 Sept. 2013, the PlaneWave 17″ robotic unit was slewed to the comet, east of Orion, and several images were captured. The one above is the average of eight, 120 seconds, unfiltered exposures, with a scale of 1.2″/pixel. a bright star is apparently close top the comet, the latter being easy to recognize, because of its fuzzy aspect. A couple of satellite trails are also visible.