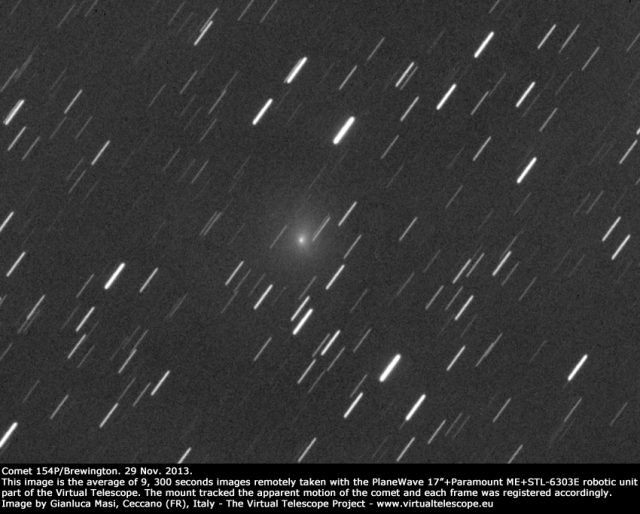 While c/2012 S1 Ison show faded, many other comets are out there this season. Above is an image of comet 154P/Brewington, named after Howard J. Brewington, who discovered it in 1992.

It is the average of nine, 300 seconds exposures, remotely taken with the PlaneWave 17″ robotic unit part of the Virtual Telescope. The telescope tracked the object during the exposures.