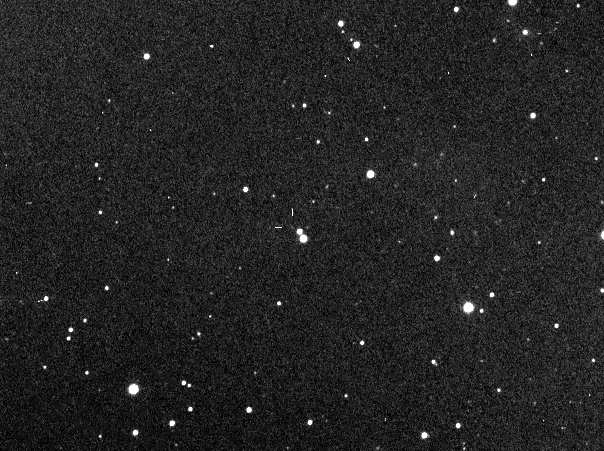 Among the most exotic objects discovered in our Solar System, (90377) Sedna really stands out. As we were approaching ten years since it was discovered on 14 Nov. 2003, an imaging session was scheduled at Virtual Telescope on 9 Nov. 2013.

Sedna has already an interesting story: when it was discovered, it was at 89.6 Astronomical Units ( 1 AU = 149.6 millions of km) from the Sun, being at that time the fartest objects ever detected in our planetary system (later, this record was taken by Eris, the biggest dwarf planet known to date). Its naming was the cause of a controversy, as “Sedna” (the Inuit goddess of the sea, who is thought to live at the bottom of the frigid Arctic Ocean) was announced before it was officially voted by the proper International Astronomical Union Commission.

Sedna has the longest orbital period of any large object in our Solar System, taking almost 11500 years for a complete revolution. Furthermore, its orbit is very eccentric, so its perihelion and aphelion distances are 76 and 937 AU, respectively.

The image above is the average of five, 300 seconds exposures, remotely taken with the PlaneWave 17″ robotic unit part of the Virtual Telescope. The icy asteroid was shining at mag. 20.2.