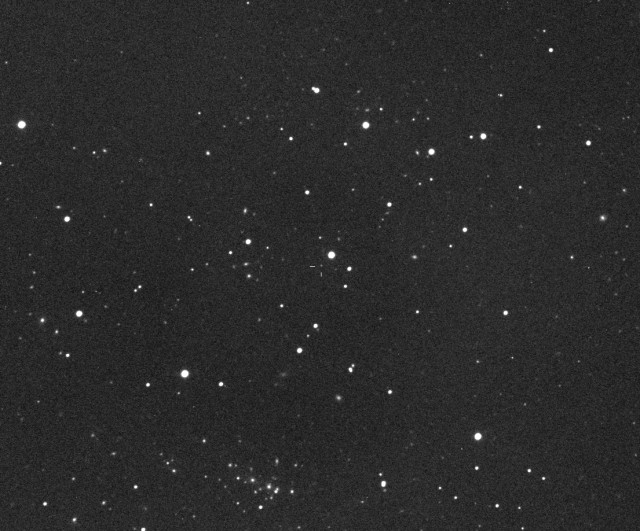 Everybody  out there knows the story of Pluto and how it was demoted (2006) from its status of ordinary planet. One of the events further triggering this decision was the announcement on 29 July 2005 of the discovery of a big and far object in the external Solar System, after it was found on images taken in Oct. 2003: that was the minor body 2003 UB313.

Considered bigger than Pluto, it was reason of a great debate, driving scientists to ask themselves what a planet is, which constrains and properties should help calling “planet” a given body. As a result, Pluto is no longer called “planed” and a new class of objects, the “dwarf planets”, was introduced: it includes, to date, five objects, with Pluto and 2003 UB313 part of that small family. These two objects are similar in size, with Eris likely a bit larger.

In Sept. 2006 it was officially named (136199) Eris. It is the farthest, big object known in the Solar System, placed at about 97 Astronomical Unions from the Sun.

Soon after the first announcement, Gianluca Masi et al. were the first in the world to image it (excluding of the discoverers) on 30 July 2005, remotely using a telescope located at Las Campanas observatory, in Chile. Below is an image and animation from that session 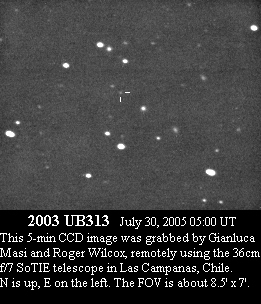 Now, at Virtual Telescope we decided to have a look again, remotely using the PlaneWave 17″ robotic unit. Three, 300 seconds exposures were averaged and the result is shown above.