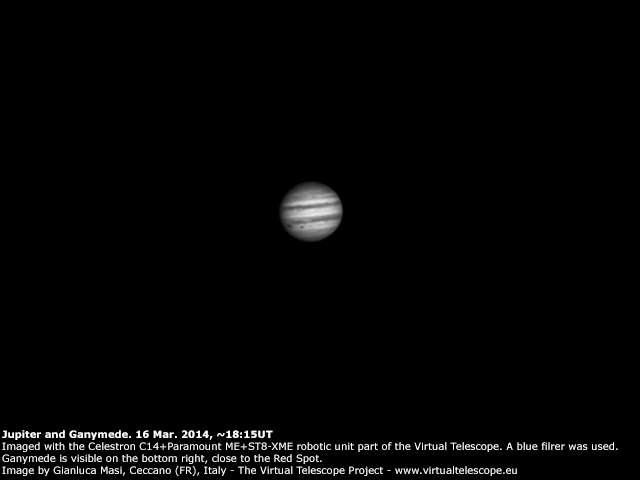 Jupiter is always a rewarding sight. Its magnificent size, its continuously fast evolving atmosphere and its satellites make it a dynamic experience. Last night, while we were preparing the Celestron C14 robotic unit for one of our users, we spotted the giant planet and found that Ganymede, its biggest satellite, was transiting in front of it, while the big Red Spot was just rising.

So, we managed to get almost 3.000 (!) frames, using a blue filter, later selecting one shot every six. With this subset of images, a movie was created showing the rotation of Jupiter and well as Ganymede travelling in front of it.

The movie spans from 18:33 UT to 20:34 UT . Each frame is the mere raw image, with no processing. From time to time a cloud crosses the field of view, so the overall brightness of the planet seems to drop.