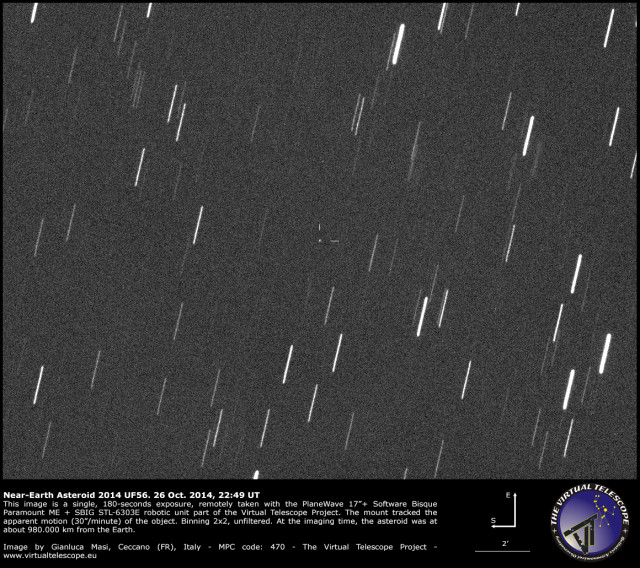 While waiting for the near-Earth asteroid 2014 UF56 and its very close encounter later today, we imaged this small, ~14 meters rock 24 hours, while it was already within one million kilometers.

Above is a single 180-seconds exposure, remotely collected with the  PlaneWave 17″+Paramount ME+SBIG STL-6303E robotic unit part of the Virtual Telescope Project. The telescope tracked at the fast apparent rate of the asteroid, 30″/minute, so the object looks like a sharp dot of light, while stars are leaving long trails.