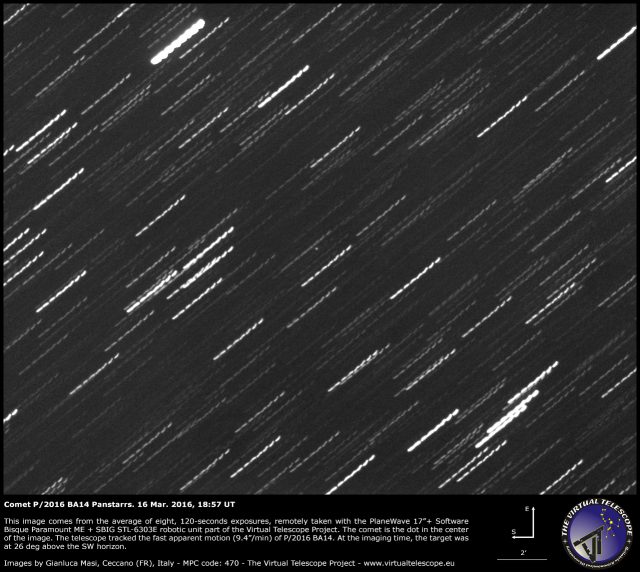 While waiting for its historic close encounter next 22 March. at Virtual Telescope we imaged the little comet P/2016 BA14 Panstarrs while it was at 7.9 millions of km from us and approaching.

The image above comes from eight, 120-seconds unfiltered exposures, remotely collected with the  PlaneWave 17″+Paramount ME+SBIG STL-6303E robotic unit part of the Virtual Telescope Project. The telescope tracked the apparent motion of the object (9.4″/min) during the exposures. Comet P/2016 BA14 Panstarrs was at only 26 deg and setting at the imaging time and a 61%, bright Moon was high in the sky, 40 deg. apart from the target.

At Virtual Telescope we scheduled a live coverage of this historic close encounter!