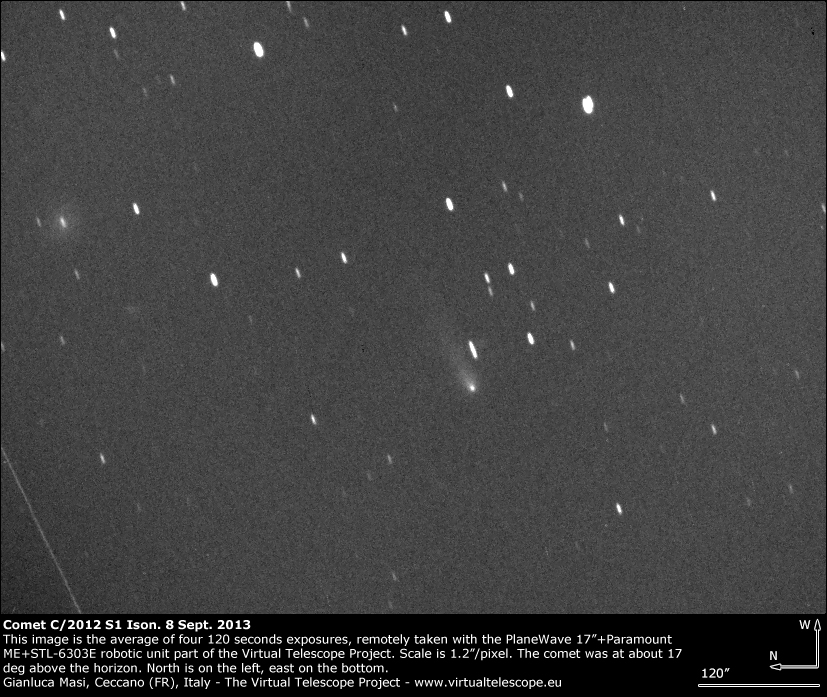 While it approaches the Sun, Virtual Telescope imaged again comet C/2012 S1 Ison. The comet just 18 deg. above the eastern horizon, and the weather was changing, so less than ideal conditions.

The PlaneWave 17″ robotic unit was slewed to the comet and several images were captured. The one above is the average of 4, 120 seconds, unfiltered exposures, with a scale of 1.2″/pixel. The nucleus magnitude was estimated at mag 15.0 (preliminary value). The Sun was rising and the following images were strongly affected by sky background, so they were not used.

Below, the same image shows some stars with magnitudes. 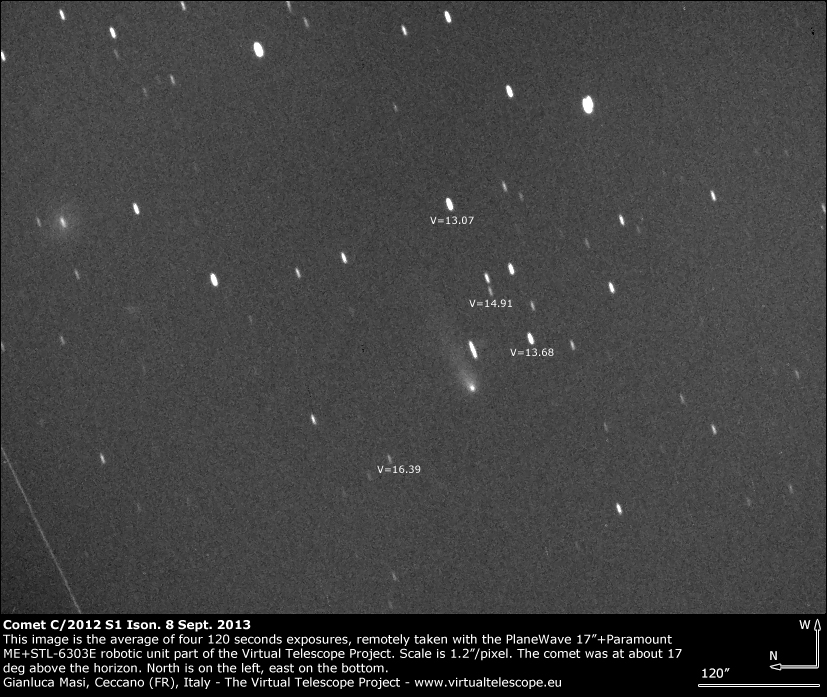