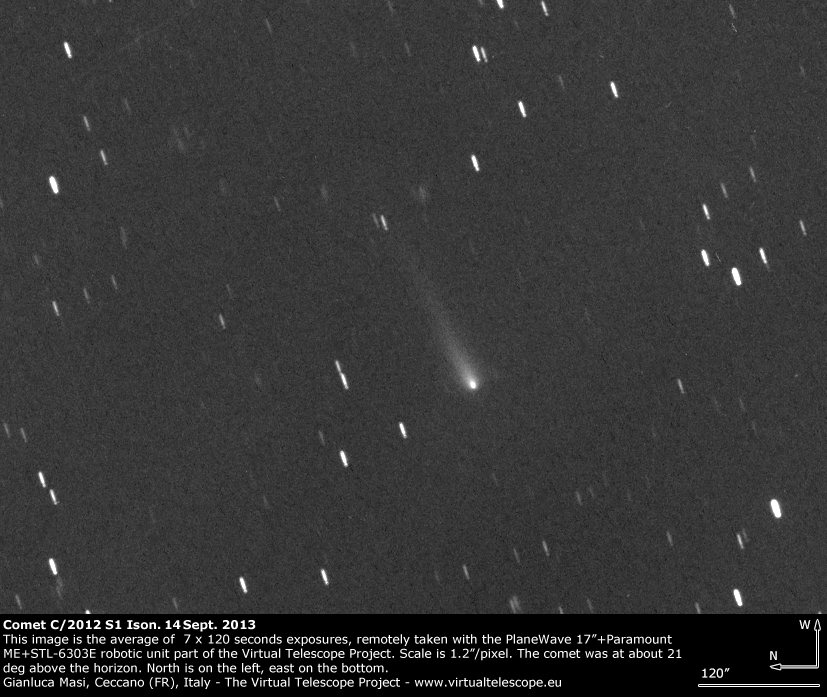 After a few days of cloudy skies, the weather decided it was time for another clear night at the Virtual Telescope site.

Early in the morning of 14 Sept. 2013, the PlaneWave 17″ robotic unit was slewed to the comet and several images were captured. The one above is the average of seven, 120 seconds, unfiltered exposures, with a scale of 1.2″/pixel. The nucleus magnitude was estimated at mag 15.0 (preliminary value). The comet was a bit better placed than previous nights, so the signal was significantly improved.

Below is an image showing magnitudes for a couple of stars in the field. 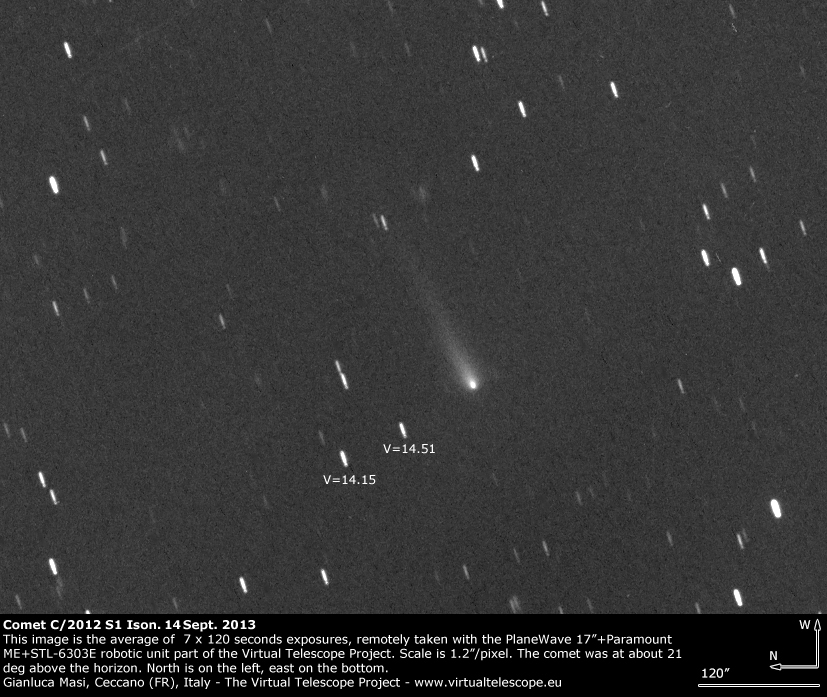 If you want a map showing where comet Ison is, just click here