Supernova SN 2016gkg was discovered on 20 September 2016 in the barred spiral galaxy NGC 613, at about 65 millions of light years from the Earth. 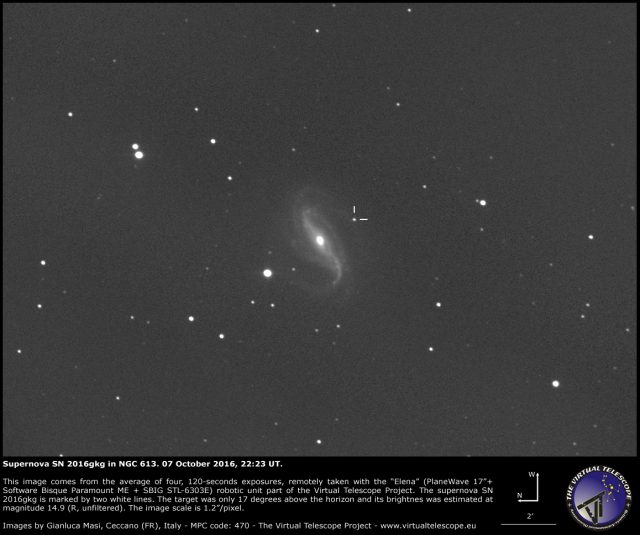 On 7 October 2016, at Virtual Telescope we tried to observe this bright, type IIb supernova, despite it is quite low. We were able to capture it, while it was only 17 degrees above the South-South-East horizon. The sky was very clear, this helped significantly in getting a more than decent picture.

The image above comes from the average of four, 120-seconds exposures, remotely taken with the “Elena” (PlaneWave 17″+Paramount ME+SBIG STL-6303E) robotic unit part of the Virtual Telescope Project.

We plan to observe this supernova again in the future.