After our first visit, we observed comet 315P/Loneos again, finding it no much different. The sky was better this time, with less lunar interference. 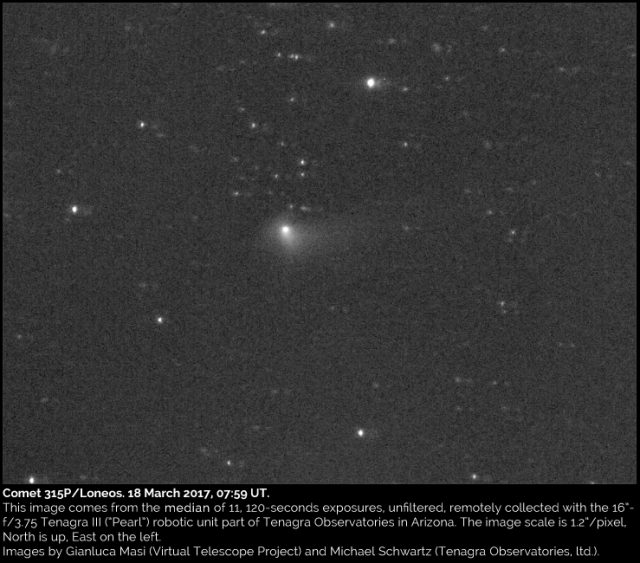 The image above comes from the median combining of eleven, 120-seconds exposures, unfiltered, remotely taken with the 16″-f/3.75 Tenagra III (“Pearl”) robotic unit part of Tenagra Observatories in Arizona. The telescope tracked the apparent motion of the comet. The imaging camera is based on the KAF-16801 CCD. The resulting image scale is 1.2″/pixel. Further details are available on the image itself. North is up, East on the left. The Moon was rising, but with less interference than our previous observations.

The comet shows an interesting shape with a nice coma and a faint tail going west from the nucleus.