On Mar. 14.8 2017, comet 315P/Loneos was reported in bright outburst, about 4 magnitudes brighter than expected. At Virtual Telescope we managed to grab an image with the Tenagra III “Pearl” robotic telescope, now working as part of the Virtual Telescope’s network. 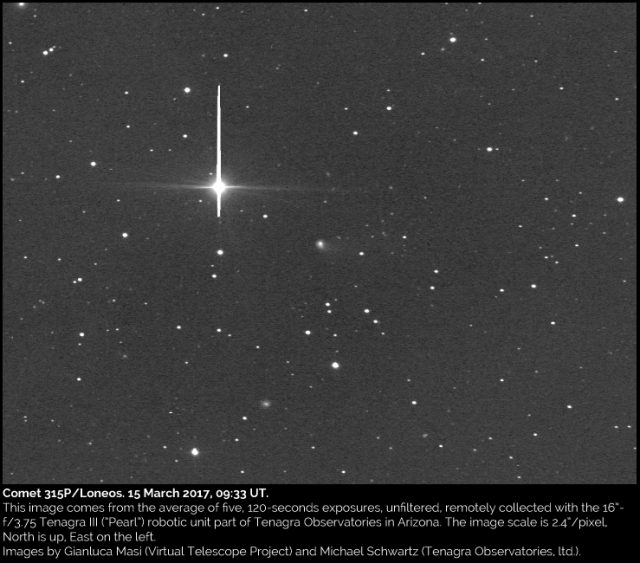 The image above comes from the average of five, 120-seconds exposures, unfiltered, remotely taken with the 16″-f/3.75 Tenagra III (“Pearl”) robotic unit part of Tenagra Observatories in Arizona. The telescope tracked the apparent motion of the comet. The imaging camera is based on the KAF-16801 CCD. The resulting image scale is 2.4″/pixel. Further details are available on the image itself. North is up, East on the left. A very bright Moon was high in the sky.

The brightness of the comet is less than initially reported, though still above the expected magnitude. A very elongated coma, pointing west of the nucleus, is also also visible