One week after our previous observations, we saw comet 315P/Loneos again, under very good sky conditions. 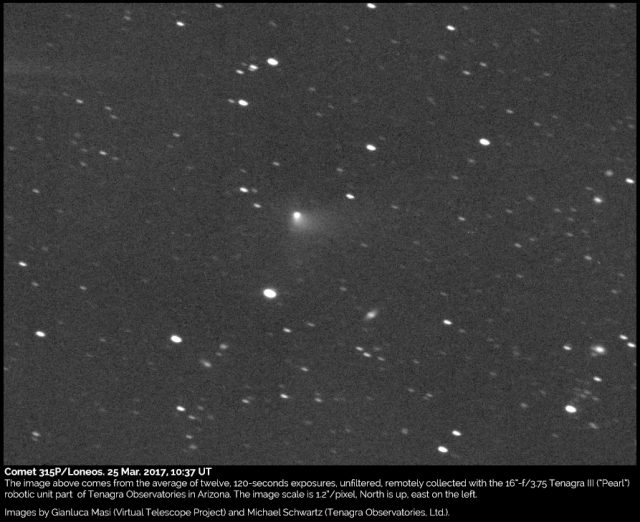 The image above comes from the average of twelve, 120-seconds exposures, unfiltered, remotely taken with the 16″-f/3.75 Tenagra III (“Pearl”) robotic unit part of Tenagra Observatories in Arizona. The telescope tracked the apparent motion of the comet. The imaging camera is based on the KAF-16801 CCD. The resulting image scale is 1.2″/pixel. Further details are available on the image itself. North is up, East on the left.

The comet shows here not much different from our previous observation, made one week earlier.