Comet C/2015 V2 Johnson is on its way to perihelion, which it will reach next 12 June. For many weeks, this comet, while relatively bright, showed only a dusty tail, but now it proudly exhibits a nice ion one. 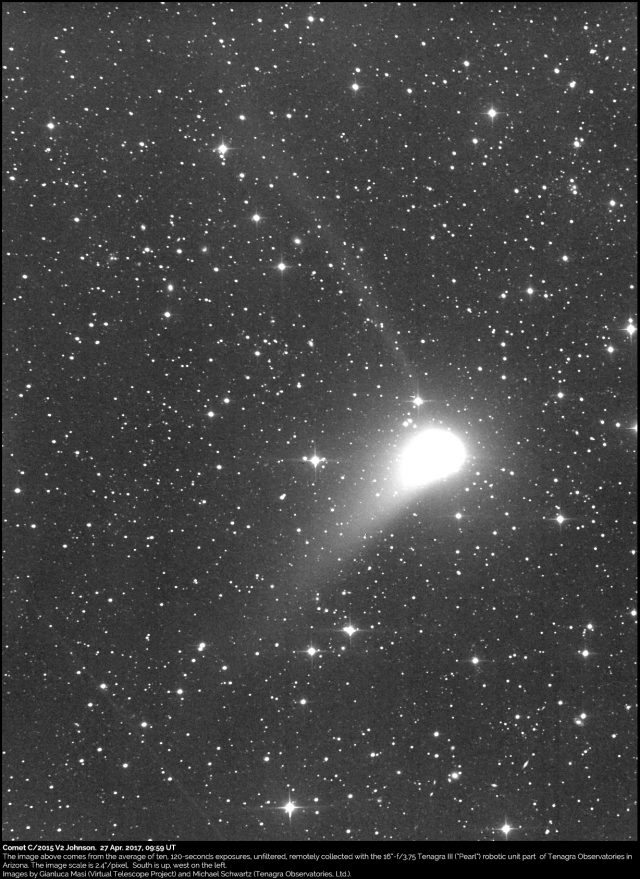 The image above comes from the average of ten, 120-seconds exposures, unfiltered, remotely taken with the 16″-f/3.75 Tenagra III (“Pearl”) robotic unit part of Tenagra Observatories in Arizona. The telescope tracked the apparent motion of the comet. The imaging camera is based on the KAF-16801 CCD. The resulting image scale is 2.4″/pixel. Further details are available on the image itself. South is up, west  on the left. A nice ion tail is now visible, as well as a dusty one.