We continue observing the Potentially Hazardous Asteroid (52768) 1998 OR2, while it slowly prepares its flyby with our Earth, coming as close as 6.3 millions of km next month. So, a large distance, telling us it will NOT hit us. Enjoy our latest images and movie. 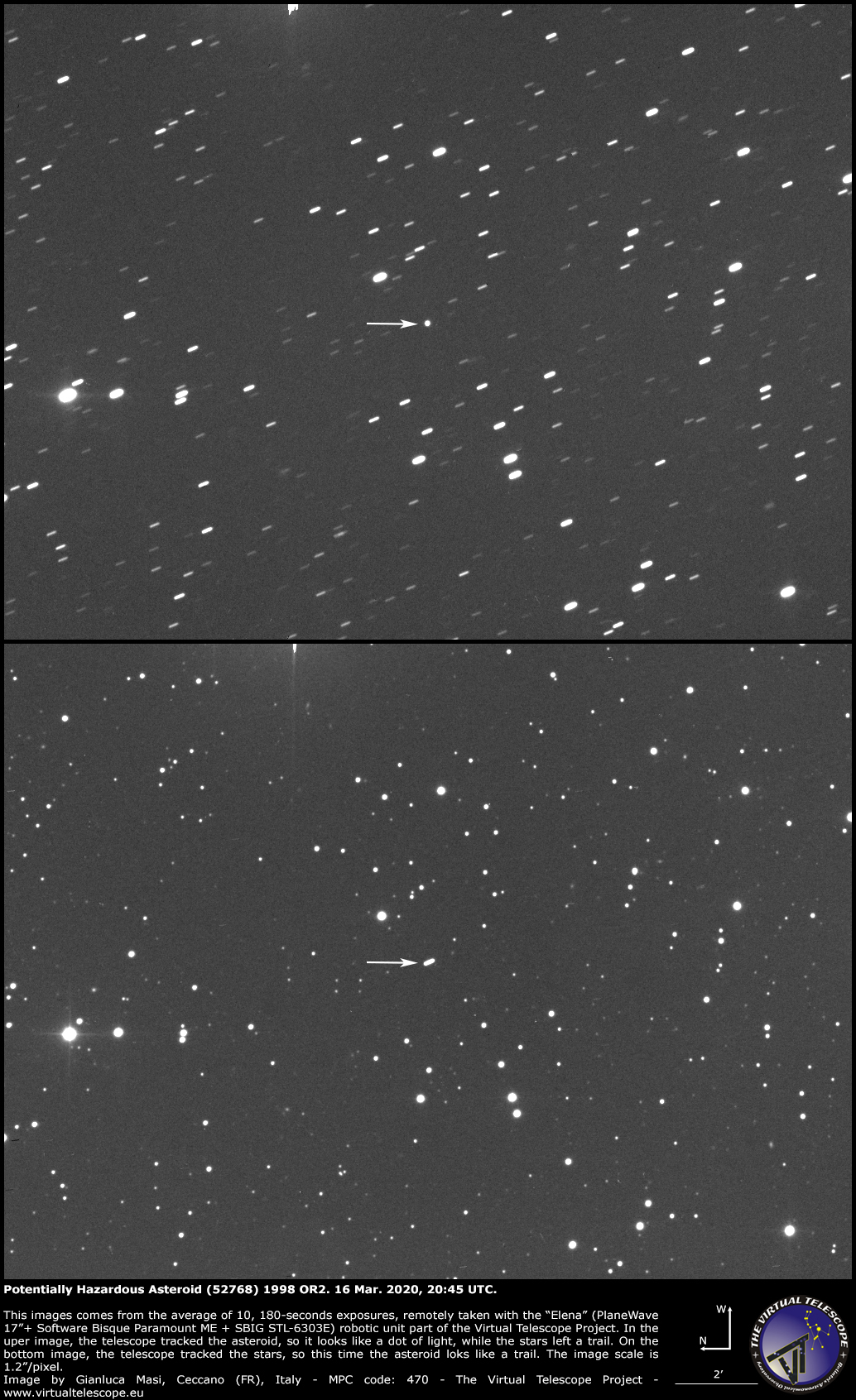 Both the images above come from the average of the same set of ten, 180-seconds exposures, remotely taken with “Elena” (PlaneWave 17″+Paramount ME+SBIG STL-6303E) robotic unit available at Virtual Telescope. The asteroid is in the center of the image, marked by an arrow. The telescope tracked the apparent motion of 1998 OR2.

Of course, there is a difference between them. The image on the top shows the asteroid like a dot of light, with the stars leaving short trails on the background. In that case we aligned the frames used to create the final image considering the motion of the asteroid, slowly moving across the sky. The image on the bottom was, more ordinarily, aligned on the stars, so only the asteroid is trailing, while all the stars around are perfectly tracked.

Below, you can see the Potentially Hazardous Asteroid (52768) 1998 OR in action, enjoying its motion in about 30 minutes.