A new supernova, SN 2020jfo, has been just discovered in Messier 61, one of the most beautiful galaxies up there. Six years after supernova SN 2014dt, Messier 61 climbs the leader board as one of the most prolific galaxies for these cosmic cataclysms, now being at #2. 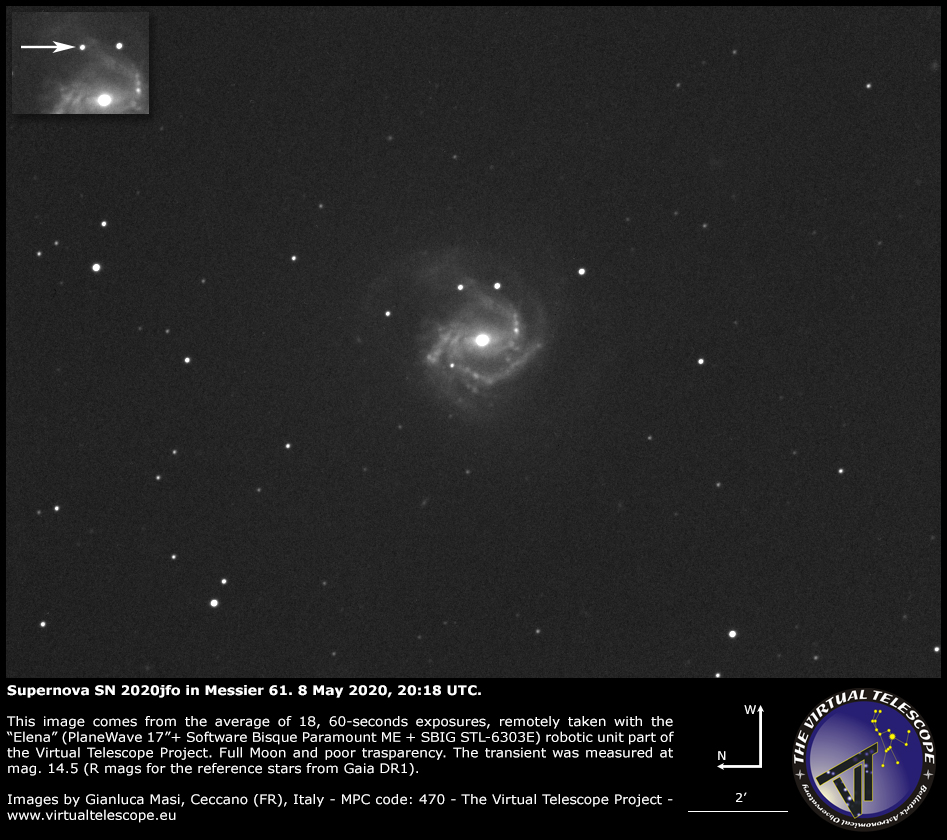 The beautiful Messier 61 spiral galaxy in Virgo is on fireworks again. Six years after SN 2014dt and twelve years after SN 2008in, a brand new supernova is shining among its starry arms. It is  SN 2020jfo, confirmed to be a young type II supernova.

This new transient was discovered on 6 May 2020 by the Zwicky Transient Facility (ZTF). We imaged it early on the 8 May evening, despite the full Moon and overall poor sky conditions.

SN 2020jfo was promptly captured, as in the image above, coming from the average of 18, 60-seconds exposures, remotely collected with the “Elena” (PlaneWave 17″+Paramount ME+SBIG STL-6303E) robotic unit available at Virtual Telescope.  The transient was estimated at mag. 14.5 (R mags for the reference stars from Gaia DR1).

Located at about 52 millions of light years from us, Messier 61 hosted so far eight supernova events. To my knowledge, this makes it the most prolific galaxy ever (with NGC 3690) as for supernova explosions, after NGC 6946. Six years ago,we followed up its supernova SN 2014dt, quite extensively. 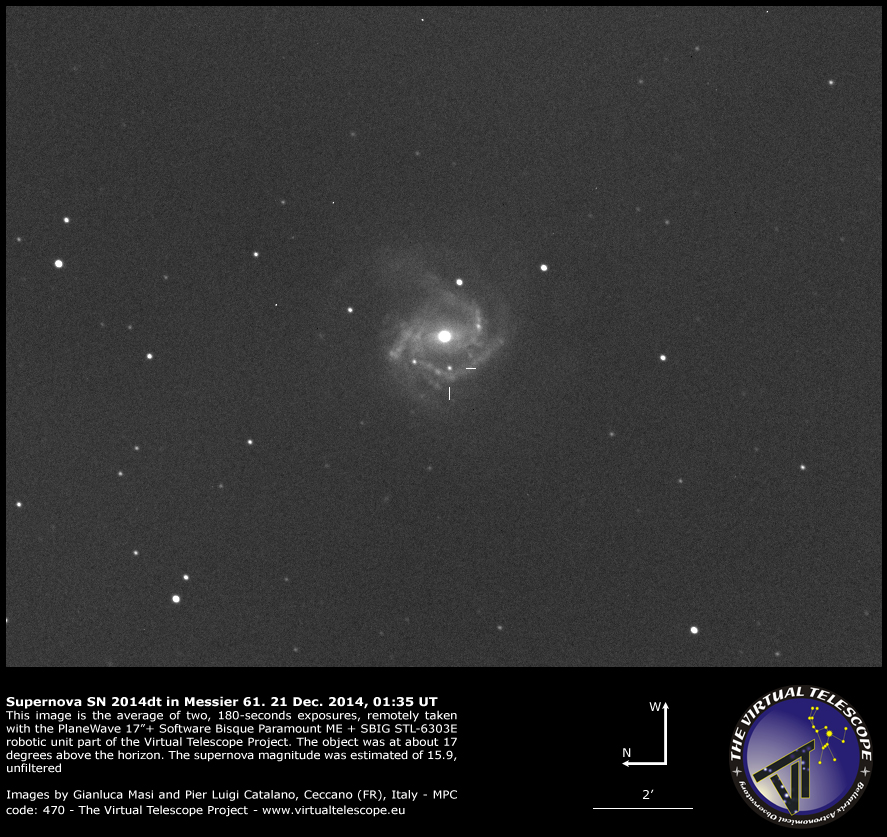 In 2006, on the early days of the Virtual Telescope Project’s life, we imaged its other supernova SN 2006ov, as from the image below. 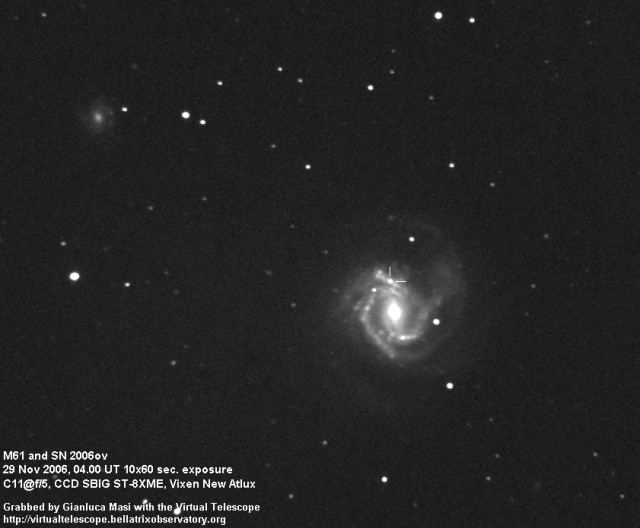 We will monitor its evolution on the incoming weeks.