Four years after our last visit, we observed asteroid (66458) Romaplanetario again. Discovered on 22 Aug. 1999 by Gianluca Masi, its official name was proposed by the discoverer to celebrate the Planetarium of Rome. It was accepted and made public by the International Astronomical Union in 2005. To our knowledge, it was the first asteroid ever to be named after a planetarium. 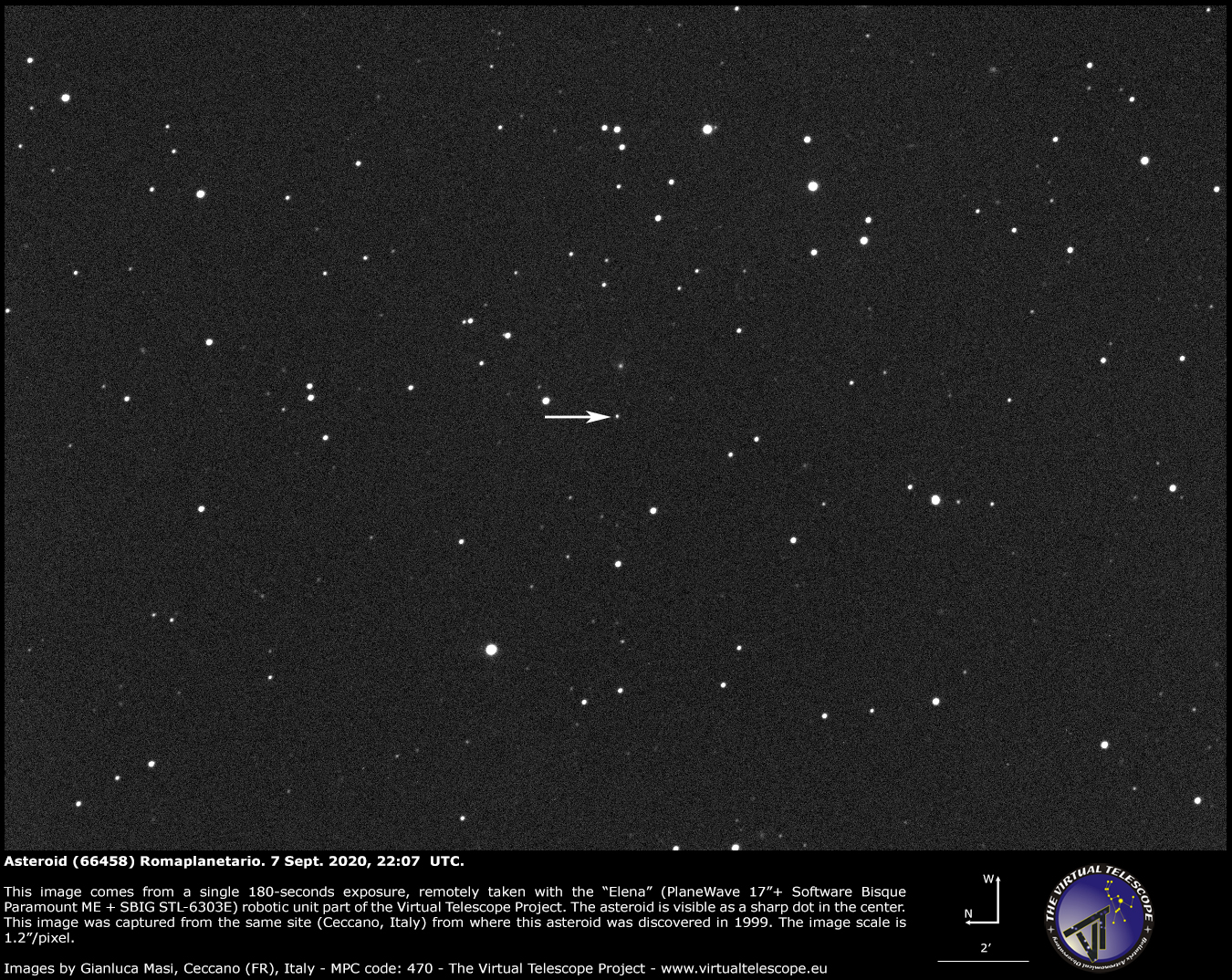 The image above comes from a single, 180-seconds exposure, remotely taken with the “Elena” (PlaneWave 17″+Paramount ME+SBIG STL-6303E) robotic unit available at Virtual Telescope. It was captured from the very same spot from where “Romaplanetario” was discovered 21 years ago: at that time it received its provisional designation, 1999 QV1, but after a few years it was numbered and ready to be named.

The official name was announced in 2005, on the occasion of the 1st Birthday of the Planetarium of Rome: I still remember the emotion of that time, but also the very moment when I did send the naming proposal and citation to late Brian G. Marsden, a very good friend of mine, at that time Director of the Minor Planet Center. This is the official citation:

Discovered 1999 Aug. 22 by G. Masi at Ceccano. Without a planetarium for more than 22 years, the Everlasting City now has a modern one, opened in 2004. Hosted at the Museo della Civiltà Romana, it has a 14-meter dome. The discoverer contributes with the staff to introduce visitors to the wonders of the universe.”