Yesterday, we received the very sad news that astronaut Michael Collins, one of the three heroes of the legendary Apollo 11 lunar mission, passed away. We imaged asteroid (6471) named after him, to celebrate his giant figure and his home town, Rome. 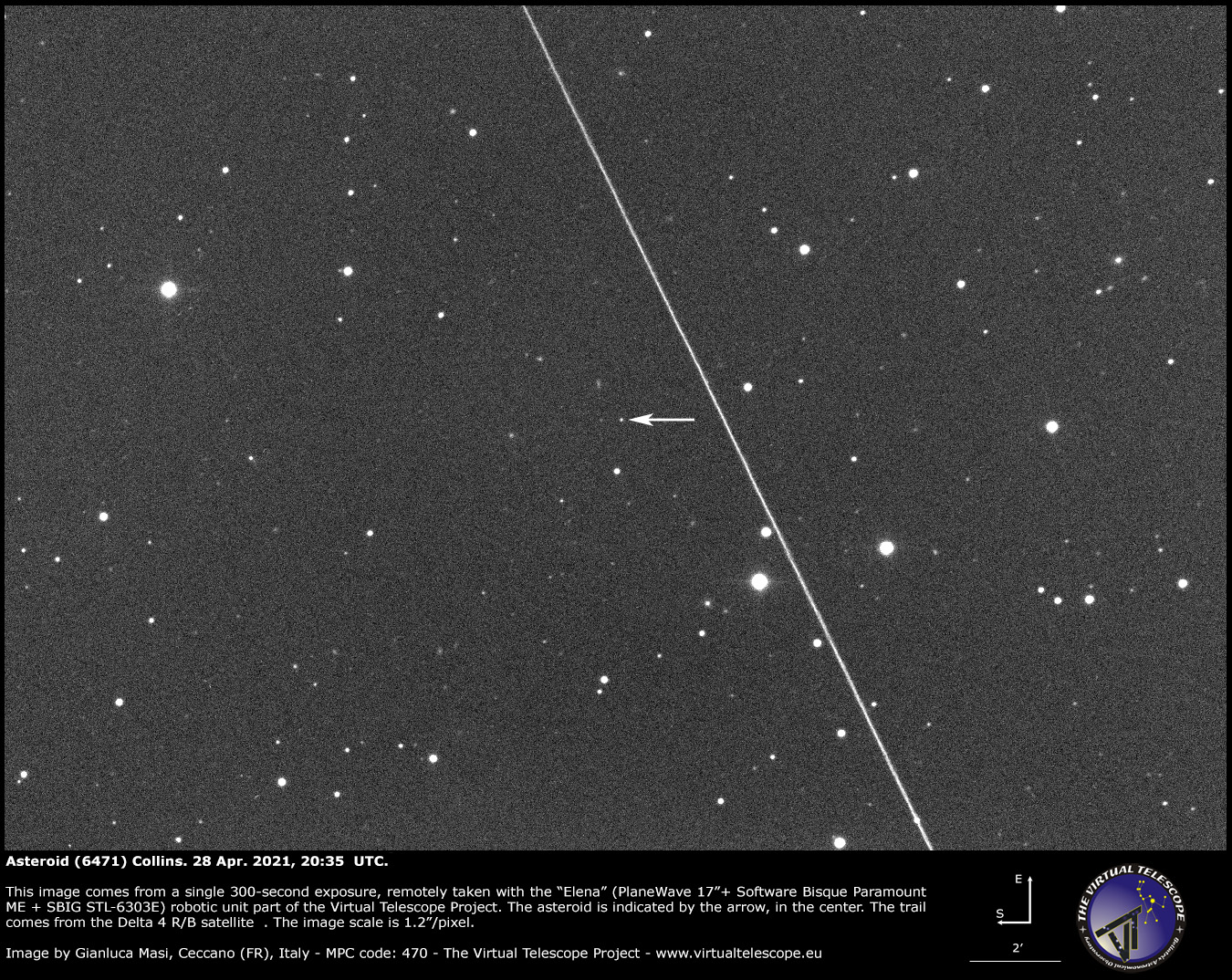 Asteroid (6471) Collins is indicated with an arrow. The long trail is due to the Delta 4 R/B satellite and I see it as a fingerprint of our presence in space, which had in Michael one of its greatest heroes.

Michael Collins was born in Rome, where I live, as his father was serving at the local Embassy. I lived for several years 500 meters far away from the house where he was born, so I could walk many times below those windows. There, this plaque celebrates these exceptional facts. 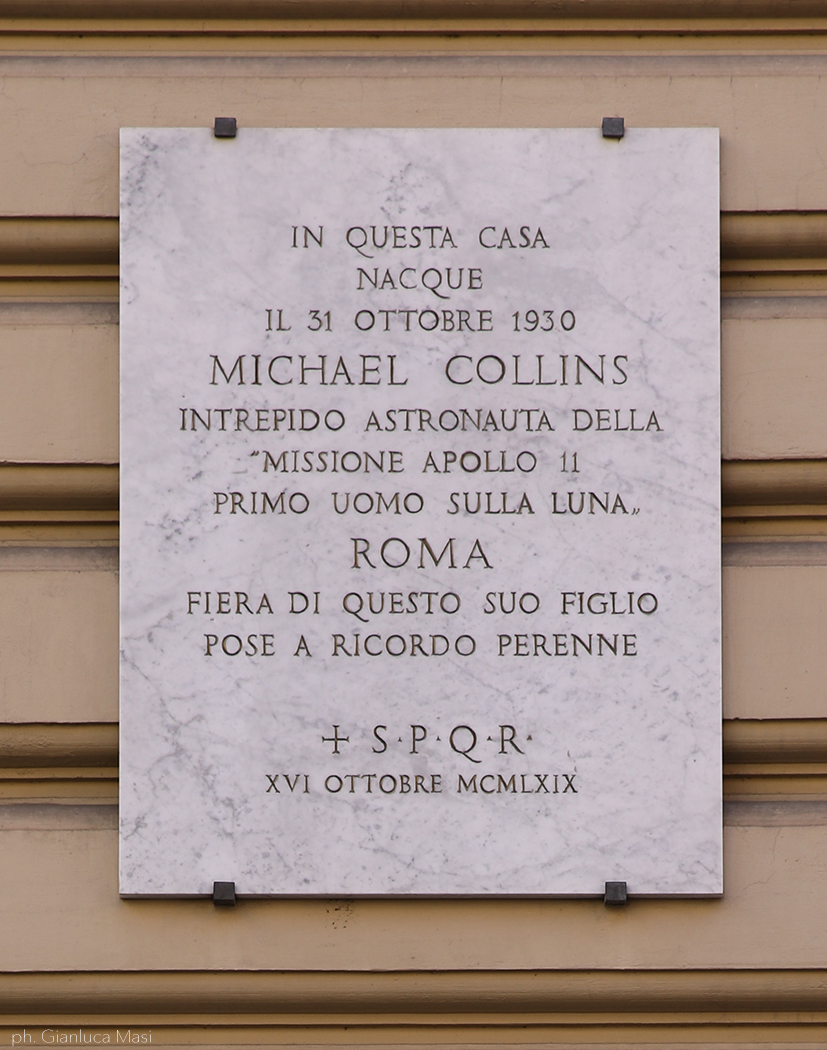 Commemorative plaque in via Tevere, 16, Rome, where Michael was born.

Michael Collins was the pilot of the Command Module and remained in lunar orbit while his colleagues made the first steps on the Moon. But they could not do that without Michael.

It has been told so many times that Collins has been the only one to face the same solitude as Adam, but he wrote that while alone in the Command Module, orbiting the Moon and waiting to recover his colleagues, Armstrong and Aldrin, his feelings were: “awareness, anticipation, satisfaction, confidence, almost exultation”.

I’m honoured to have had Michael Collins appreciating a few posts of mine on twitter and soon after learning of his loss, I checked if the asteroid named after him was visible. It was and I managed to capture the image above, thinking of him, his legacy and example.