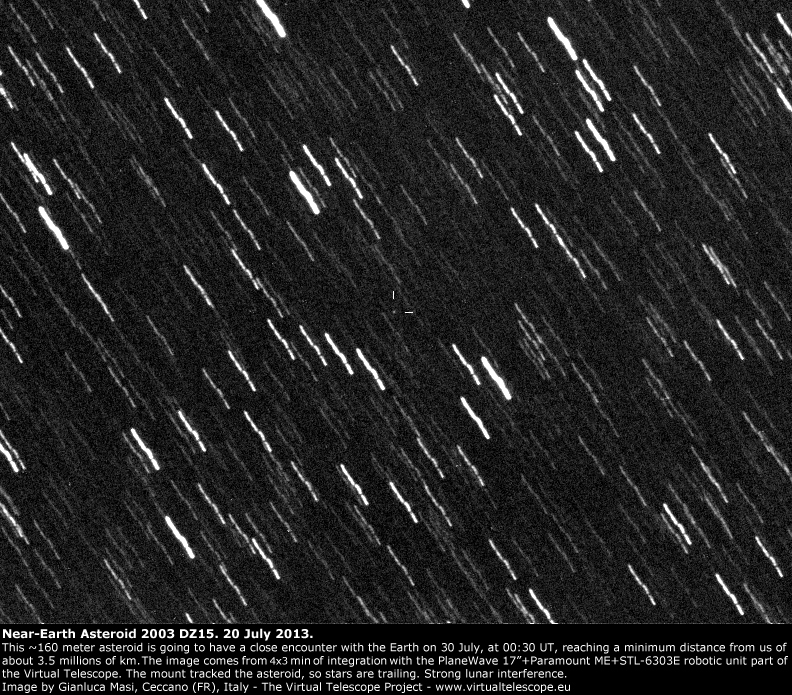 Near-Earth asteroid 2003 DZ15 was expected to return close the to the Earth next 29 July. This prevision was based on its last observation, dated March 2003. Since then the object was no longer observed.

A couple of days ago, a NEO was observed by the Pan-STARRS survey and recognized to be 2003 DZ15: this is what is called a recovery. The new data made possible for us to redo the calculation and now we know that the close approach will be on 30 July 2013, at 00:37 UT, with a minimum distance of about 9 lunar distances. The Virtual Telescope will show it live to the world during a special online event!

Last night, despite the almost full, bright Moon, our 17″ robotic unit tried to locate it, with success! The image above shows the asteroid while the robotic Paramount ME mount tracked the apparent motion of the object, leaving the stars trailing.