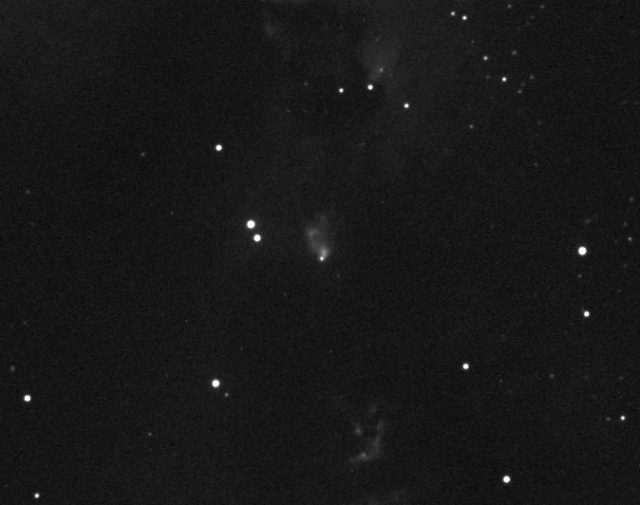 Some of you might remember a great news, dating back to Feb. 2004: the Central Bureau for Astronomical Telegrams (IAUC 8284) announced that Jay McNeil reported the discovery of a new nebular feature close to M78 (Ori), a well-know reflecting nebula discovered by Mechain in 1780. The author recognized the new object while processing his own CCD images, later compared with other pictures of the area: it appeared like  a small fuzzy object few arcminutes SW of M78.

Soon after that report, I and a few collaborators investigated on the nature of that nebula, with some important findings. In particular, I discovered that the object had another outburst in 1966, as shown in an image by Evered Kreimer on 22 Oct. 1966, taken using a 12.5-inch Newtonian and a Tri-X film from Arizona: so, it was a recurrent object, likely a EX-Lup-type or FU-Ori-type variable eruption. An account of my findings was published by the Central Bureau for Astronomical Telegrams on IAUC 8290. 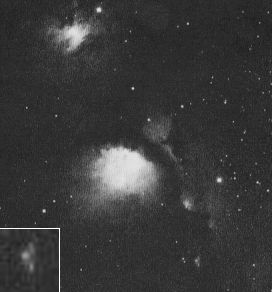 The following years, I understood I had a special feeling with this intriguing object. From time to time, I observed it again and I have found it in outburst again several times.

Early on Nov. 2008, the source was bright again, as visible below: 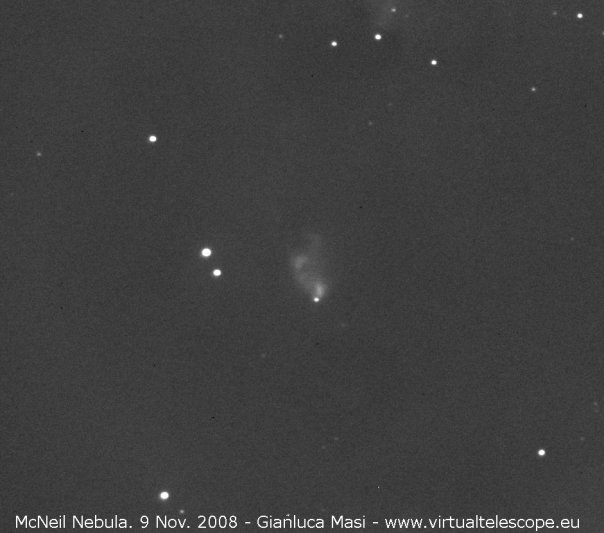 On 4 Feb. 2010, during an online, live event hosted at Virtual Telescope, I found the source still bright: 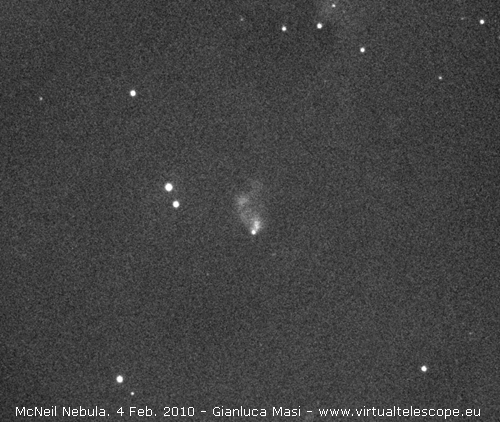 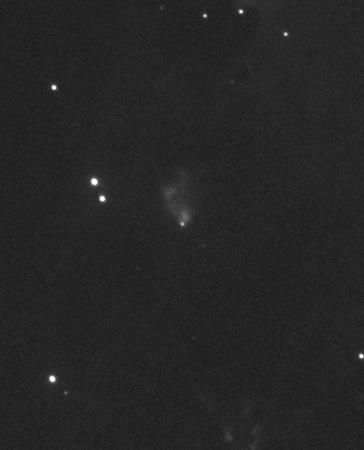 At this point, we MUST follow this source for the rest of the season!