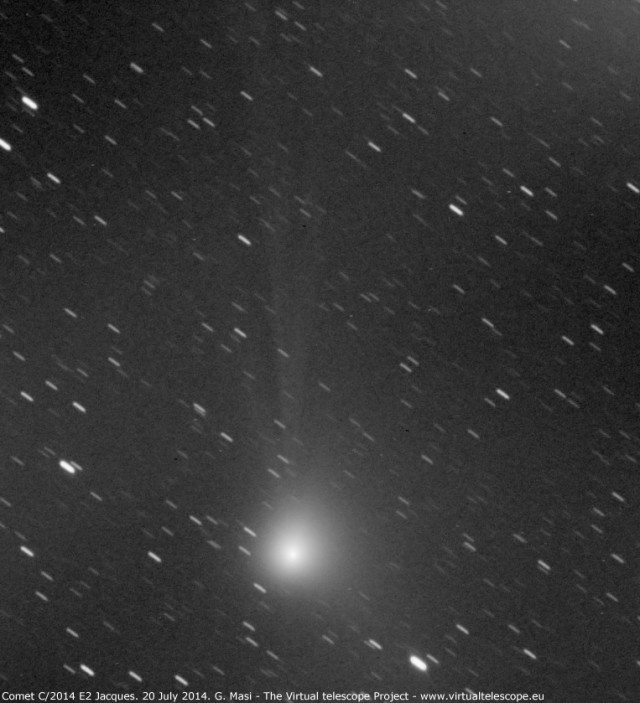 Comet C/2014 E2 Jacques was discovered on 13 March 2014 by the Brazilian amateur astronomer Cristovao Jacques. It reached the perihelion on 29 June 2014, then approaching Venus within 14 millions of km two weeks later. After a few months of exclusive sight from the Southern hemisphere, comet Jacques is now showing to the Northern observers, promising a good show for the weeks to come.

The image above comes from the average of 4, 120-seconds exposures, remotely taken with the 17″ robotic unit part of the Virtual Telescope. The telescope’s mount tracked the apparent motion of the comet. At the imaging time, the comet was at ONLY 15 degrees above the horizon: despite this, the ion tail is easily visible.