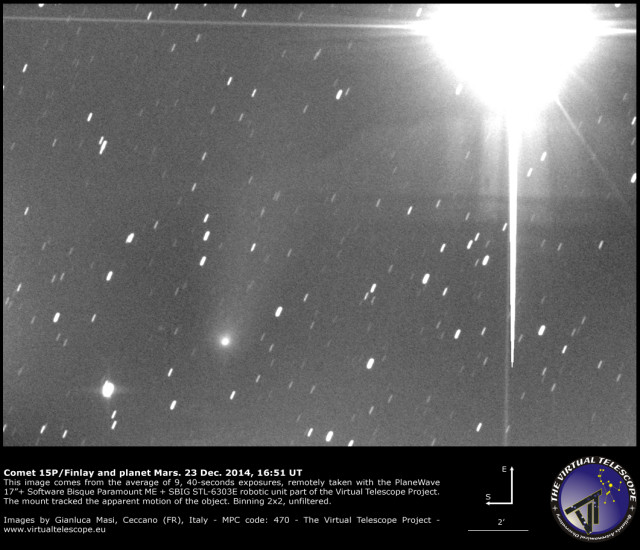 After the historic very close encounter between comet C/2013 A1 Siding Spring and Mars last Oct., another comet met planet Mars again, this time only apparently. It is comet 15P/Finlay, recently gone in outburst, with a few magnitudes large increment in brightness. This “obscure” comet was only apparently close to the red planet.

It still was a rare conjunction between a planet and a comet, so at Virtual Telescope we wanted to image it, despite it was again a hard task, all this happening  quite low above the western horizon ad dusk.

The image above comes from the average of 9, 40-seconds unfiltered exposures, remotely collected with the  PlaneWave 17″+Paramount ME+SBIG STL-6303E robotic unit part of the Virtual Telescope Project. The telescope tracked at the apparent rate of the comet. Mars is the extremely bright patch of light on the upper right, while the comet is visible on the bottom left.