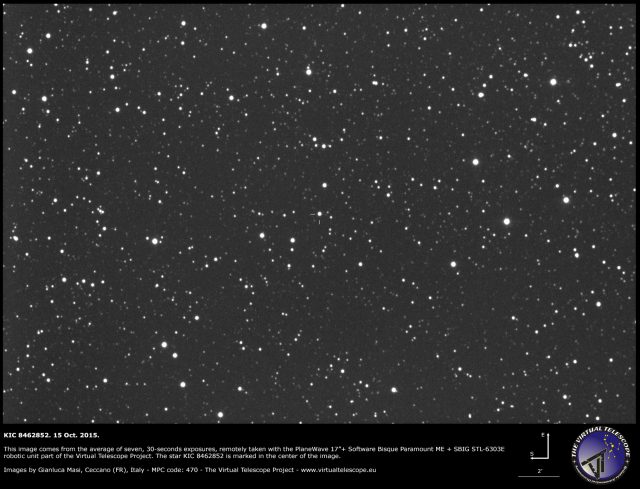 Recently, a lot of rumors circulated around a strange start name, called KIC 8462852 and resembling a car plate more than a star in our Galaxy. A paper by T. Boyajian at al. recently appeared on ar Xiv.org, discussing some odd behavior in the flux received from that star and recorded by the Kepler space mission, showing “irregularly shaped, aperiodic dips in flux down to below the 20% level”.

The Kepler space probe observed almost 150.000 stars, looking for evidence in the lightcurve of a periodic “signature”, indicating the presence of a planet orbiting around a given star. KIC 8462852 was just one of the objects in that huge sample and it would be a cryptic, obscure name, but the modulation found in its light flux cannot be explained in a simple way: first of all, it is not periodic (as one could expect from a planet orbiting it, at every orbit  periodically “eclipsing” its hosting sun); secondly, the recorded dips in the lightcurve are irregular and can be quite deep, with some recorded light drops of 22%, way-too-much for a planet (known planets transiting in front of their suns produce light drops of a very few percent, in the most deep cases of big planets).

Of course, a orbiting planet is only one of the many reasons why a star can apparently varying its brightness. The amount of the maximum light drops recorded here and their irregular shape suggest something big is the “culprit” of what we see.

In the paper mentioned above, authors manage to review several possible sources for the observed behavior, including instrumental problems, but many of them could be ruled out in the analysis. KIC 8462852, shining in our sky as a 12-mag. star, placed at about 1500 light years from us and showing in the Cygnus (Swan) constellation, is a main-sequence F3 V/IV star, with a rotation period around 0.88 days, exhibiting no significant IR excess, the latter evidence excluding “a scenario in which material in a gas-dominated protoplanetary disk occults the star (…) is disfavoured”, as well has a giant impact in that possible planetary environment.

To the very end, they suggest observations can be possibly explained with “the passage of a family of exocomet fragments, all of which are associated with a single previous breakup event”. This exotic possibility involves a close companion of KIC 8462852, really found there, perturbing the cometary cloud around it.

Needless to say, that is a very spectacular scenario, but just a possibility, not even obvious, so further studies and deep investigation are needed.

Astronomer Jason Wright at Penn State University, working on exoplanets and how evidence of advanced civilizations can be potentially retrieved from Kepler’s data, offers with some colleagues another possible scenario, which he shared with “Atlantic“. He is not saying that is the case, but one possibility. That is, around KIC 8462852 there MIGHT be some technological stuff orbiting it. It is part of the job of a scientist to consider any possible scenario to fit some experimental data and the one proposed there is exactly in that direction. Please, do not say that scientists told us: “Ehi, we have found alien technology there!”, when they said: “it MIGHT be an hint, in the sea of possible causes, of something artificial there, which is worth to further investigate”.

This is why scientists will look at this source with radio telescopes, possibly next January, to spot any possible, interesting signal from there. The outcome from those observations will decide future routes and approaches.

Before to conclude, it is worth to note that this news had a viral effect on the web and soon it transformed in something like: “scientists did find alien!”, completely missing the point. The bad thing here is that  the spirit and dynamics of the scientific discussion went lost soon, sacrificed on the altar of the scoop at every cost.

But this is not science and information, you now, this is just rubbish.

KIC 8462852 can be seen with a small, 5-inches large, telescope these very nights, within the borders of Cygnus, the “Swan”. I managed to create a few maps using TheSkyX from Software Bisque showing its position at different scales. All maps have north on the top, east on the left. 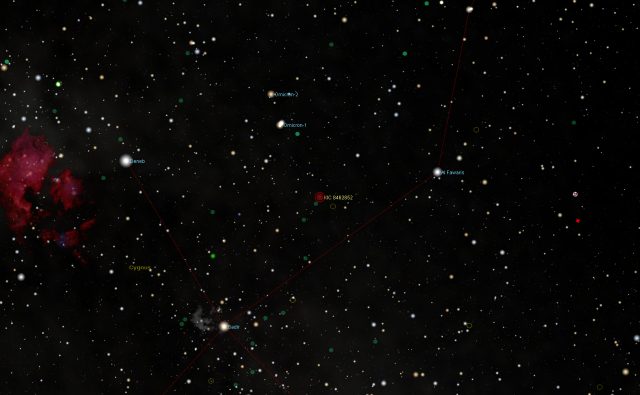 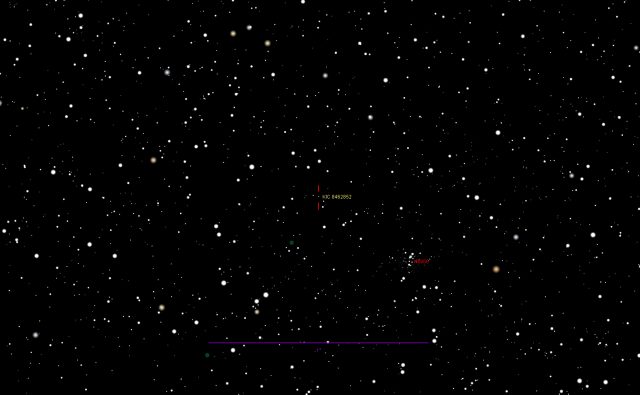 Finally, a small-field, detailed map is available below: 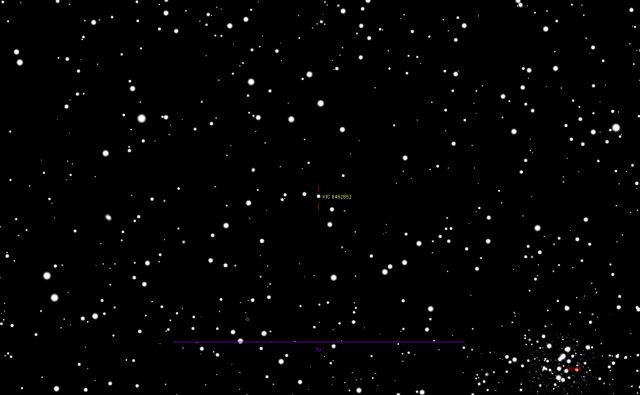 Let’s wait science will do its course; meanwhile, enjoy the night sky, knowing there are so intriguing cosmic treasures out there.