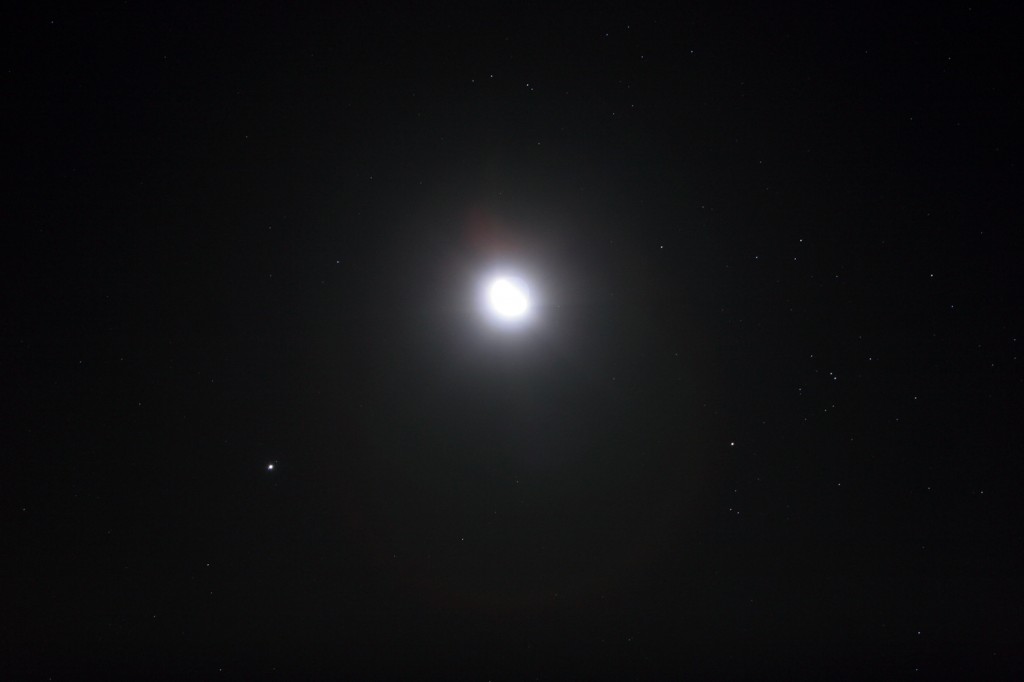 A couple of weeks after the magnificent multiple conjunction, which involved some planets and the Moon, our natural satellite is ready to offer us another great event, this time “meeting” a star, actually occulting it, that is passing in front of it.

This happens often, while the Moon travels across the sky, among the stars. But this time the occulted stars is one of the brightest and famous out there: Aldebaran, Alpha Tauri, the brightest star of the zodiacal constellation of the Bull, is a giant star, about 67 lights years from us.

Aldebaran is one of the most spectacular stars, typical of the northern, winter nights, actually one of the first winter stars to appear, announcing the cold season. It shines with its vivid reddish light, making it one of the most colorful stars in the sky. Its magnitude is 0.87, making it the 14th brightest star we can see in our sky.

Aldebaran is a relatively frequent target for the Moon. In 2015 we have no less than 12 occultations of this star by the Moon, each of them visible from a different region of our globe.

The 29 Oct. 2015 event will be visible from Europe, in particularly from Italy, where the Virtual Telescope Project is based. Below is a chart showing the path of visibility of the occultation. 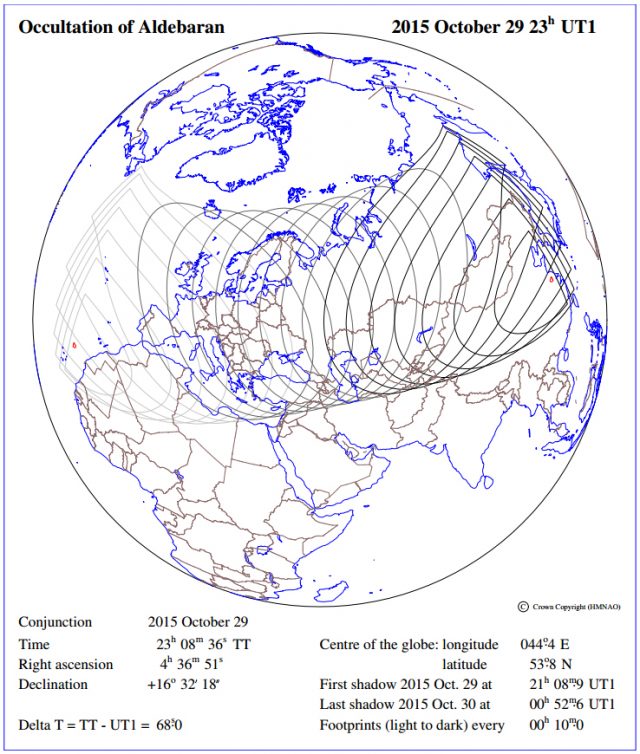 From Rome, at 09:00PM local time (UT+1), looking east the Moon will show well already, two days after the full Moon and close to Aldebaran, among the Hyades, the stars making the face of the Bull. 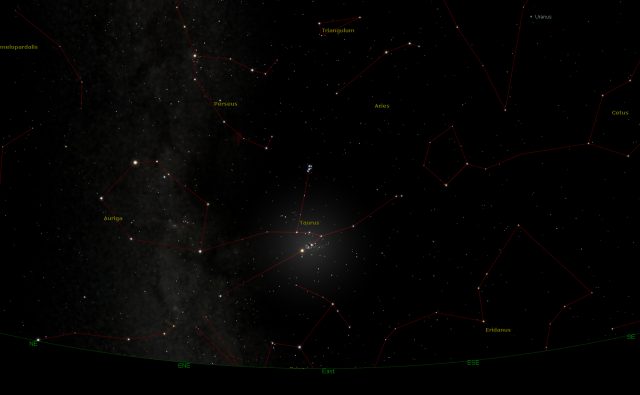 As time passes, our satellite, during its apparent ride across the stars, will approach Aldebaran and at 10:41 PM (UT+1) the Moon will occult it, covering the star with its bright, eastern border. 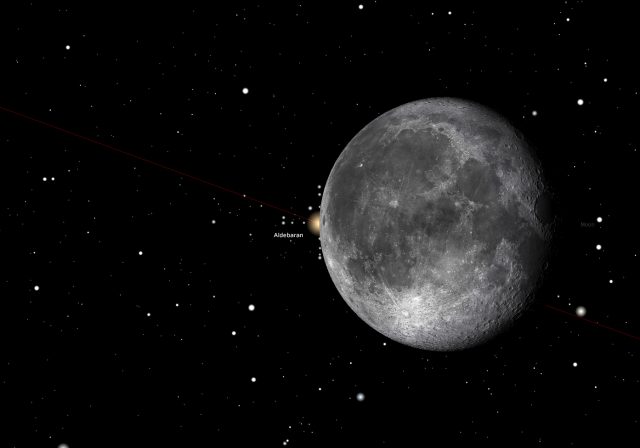 Just a bit more than one hour later, at 11:47 PM (UT+1) Aldebaran will show back, popping out from dark, western side of the Moon. It will be a particularly fascinating sight, as the star will reappear suddenly from nothing. 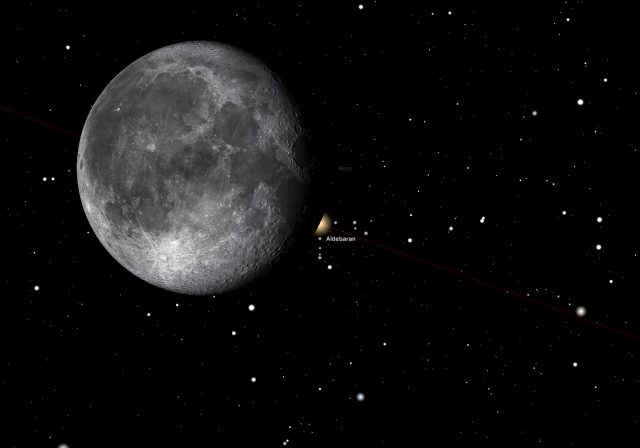 A small telescope will show the event extremely well, so if you are in the right part of the Earth be sure to look for the Moon and Aldebaran on 29 Oct!

At Virtual Telescope we will show the Moon-Aldebaran occultation live, online, stay tuned!