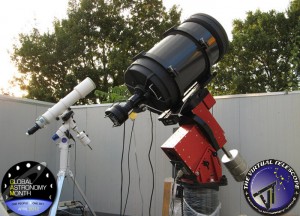 On April 2012 the Virtual Telescope offered again its most important event: the Online Messier Marathon. This year it was the 4rd edition and, as since 2010, it was included as an official event for Global Astronomy Month (an inernational celebration of the Cosmos organized by Astronomers Without Borders (AWB)).

Originally planned for Apr. 1, the weather forced us to reschedule it until April 26, starting at 18:00 UT and, of course, it lasted all the night.

Several thousands of individuals attended the live session, joning from many tens of Countries and meeting on the chat of the event. This way, the goal to promote social relationships under the stars and the AWM motto “one People, One Sky” was beautifully matched. 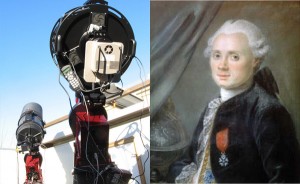 The sky was just perfect and it was possible to see 85 objects from the Messier catalogue: considering we were late of about one month on the best date, it was a great result, making the many attendants very happy!