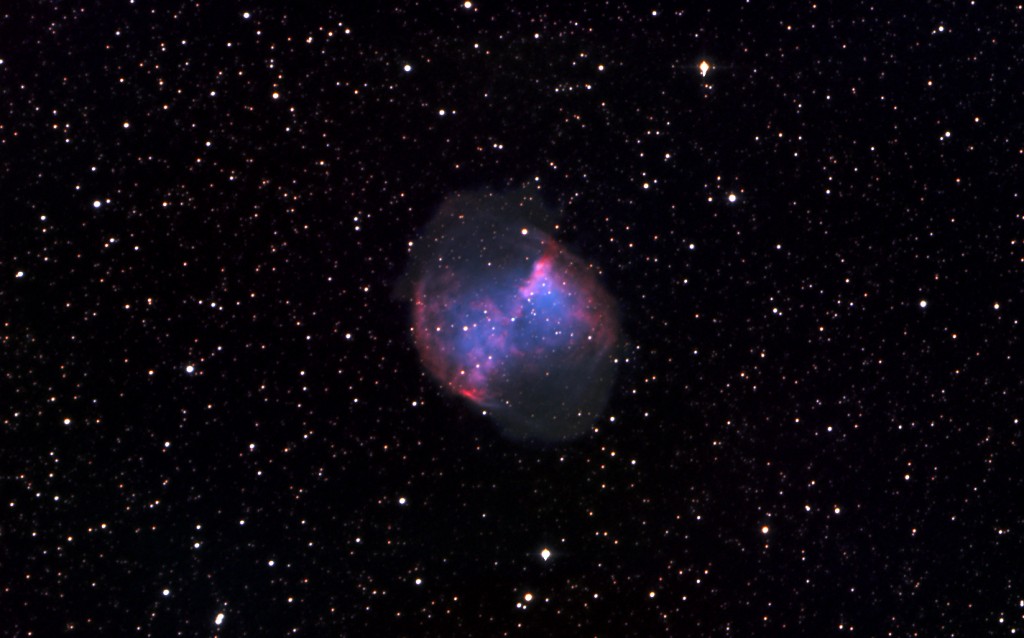 The wonderful planetary nebula Messier 27, well known as the “Dumb-Bell” nebula, was discovered by Charles Messier in 1764. Its distance is estimated in about 1200 light years and represents the final stages in the life of a star with a Sun-like mass. That star, a white dwarf, is sitting in the center of its gas envelope and looks quite blue, because of its high temperature.

This colour image comes from 30 minutes of exposures in each channel (Red,Green, and Blue), while a luminance layer (L) was obtained by summing the three filtered components. They were captured with the Planewave17″ OTA , part of the Virtual Telescope Project, installed on a Paramount ME mount, by Software Bisque. The CCD camera is a SBIG STL 6303E . Image sale is about 1.2″/pixel.