The Moon: Tycho and Gassendi 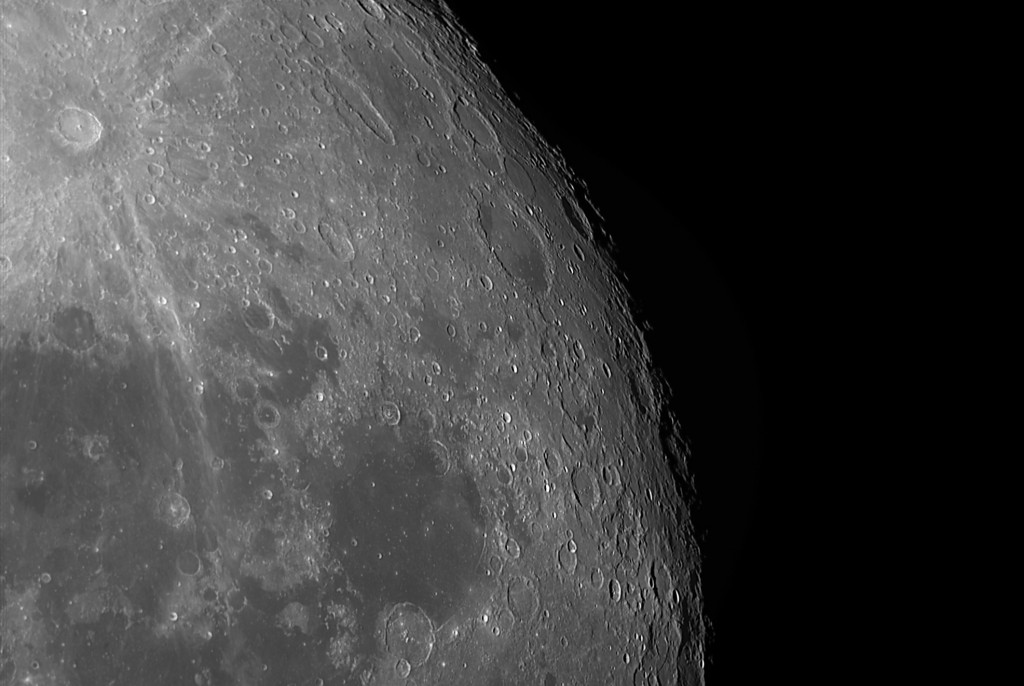 The Moon: Tycho and Gassendi

The Moon is the only known natural satellite of our planet. With its distance of less than 400.000 km from the Earth, it is also the first step when climbing the cosmic ladder and leaving for a space journey. It is a obvious presence in the night sky, but still an amazing view everytime you look at it. Craters Gassendi, Schickard, Inghirami and Tycho with its typical “rays” are well visible here.

This image was captured with the Celestron C14″, part of the Virtual Telescope Project. It comes from a 100 shots, averaged and gently processed, taken through a H-Alpha filter  to “kill” the otherwise too high luminosity. The OTA in installed on a Paramount ME mount, by Software Bisque. The CCD camera is a SBIG ST8-XME. The image scale is of 0.62″/pixel.