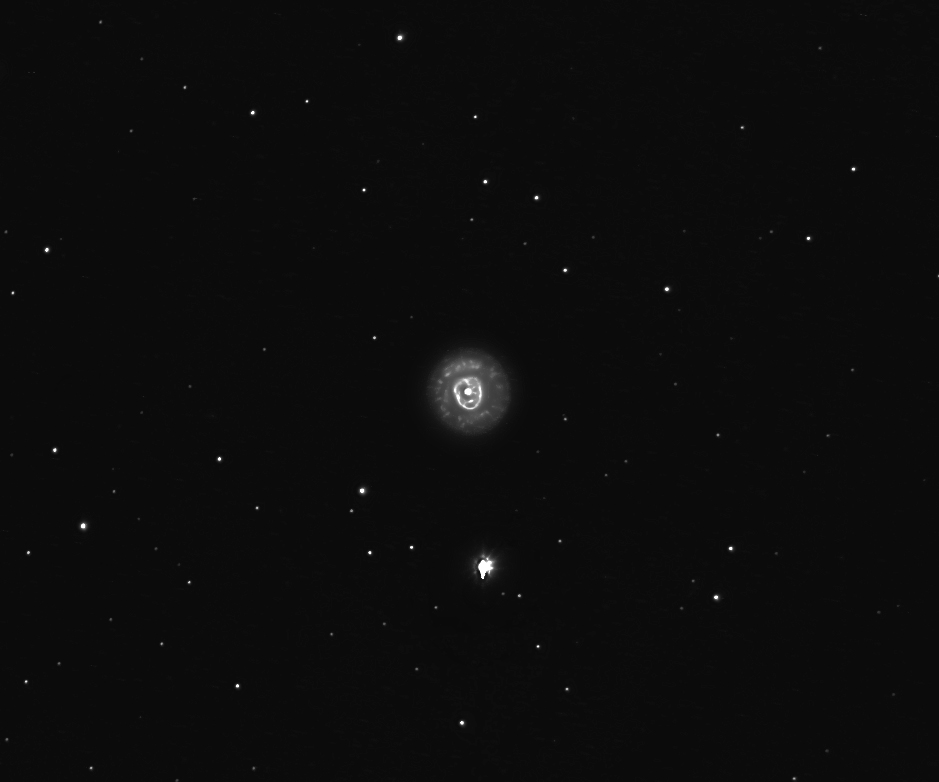 NGC 2392 is a well-known planetary nebula in Gemini, also because of its funny shape, resembling the face of an “eskimo”, hence its nickname. A dying star, evolving now as a white dwarf, is sitting in its very center, having a mass similar to the one of our Sun and it is releasing a small fraction of its mass all around. It was discovered by W. Herschel and is placed at about 3000 light years form us.