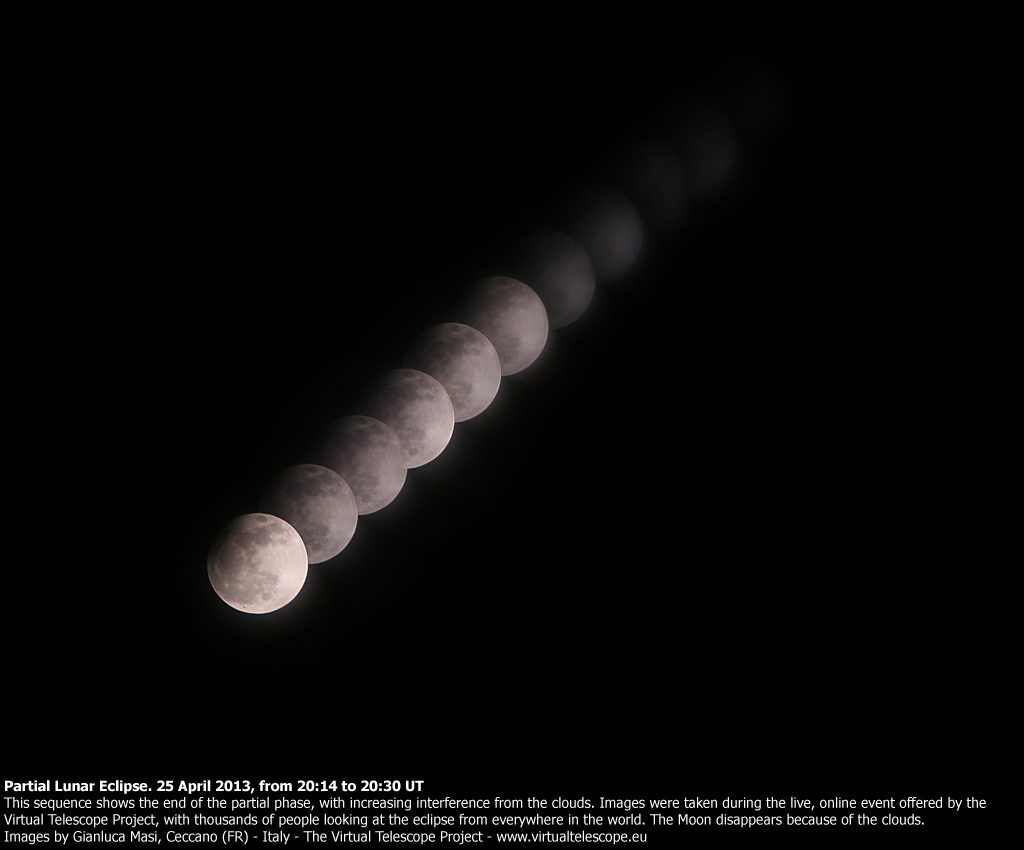 The 25 Apr. 2013 lunar partial eclipse was a huge success for the Virtual Telescope Project. About 30.000 curious viewers jumped into the live coverage, which was both in English and Italian (in Italy, the event was a collaboration with Ansa Scienza&Tecnica.

A set of images captured during the live session was used to make the sequence above, where the effects of the Earth shadow are well visible on the upper left border of the Moon. Clouds finally arrived and the Moon disappeared.

Below is a movie from the same images.