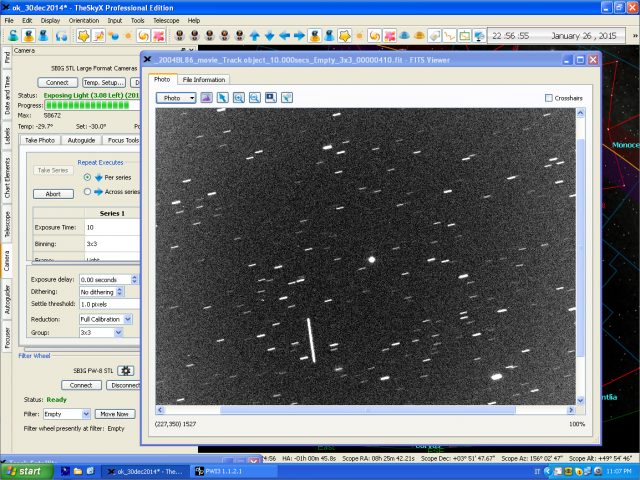 After waiting for weeks, it finally happened: on 26 Jan. 2015 the potentially hazardous asteroid (357439) – 2004 BL86 made its close encounter with the Earth, putting a great show out there for those willing to have a look… and lucky enough to be under clear skies. The minimum distance from us and this 0.5 km large rock was of 1.2 millions of km, a bit more than three times the mean lunar distance.

This rock had a huge exposure, after JPL made a press release available, explaining there were no risks at all coming from this object and underlining  it was a very welcome chance for curious people to look at it easily and for scientists to learn more about its nature (and in fact it showed to be a binary object via photometry and radar). Well, it was very well known there were no risks (2004 BL86 is an old friend of us, with a well defined orbit), but they wanted to state it clear and clear, to have no room for speculations: a lot of people always announce disasters when an asteroid comes close to us, something never happening, and those disaster fans never come back to explain while the Armageddon did not show.

At Virtual Telescope we announced our live coverage on 6 Dec. 2014 and that opportunity was caught by many media all around the globe. The last couple of weeks were beautifully crazy, as our live feed was mentioned and linked on posts and articles on the most important websites/media of the world, including CNN, Fox, Yahoo, NBC, MSN, Space.com, National Geographic, Discovery, Ansa and more specific ones, as Sky & Telescope and Universe Today. 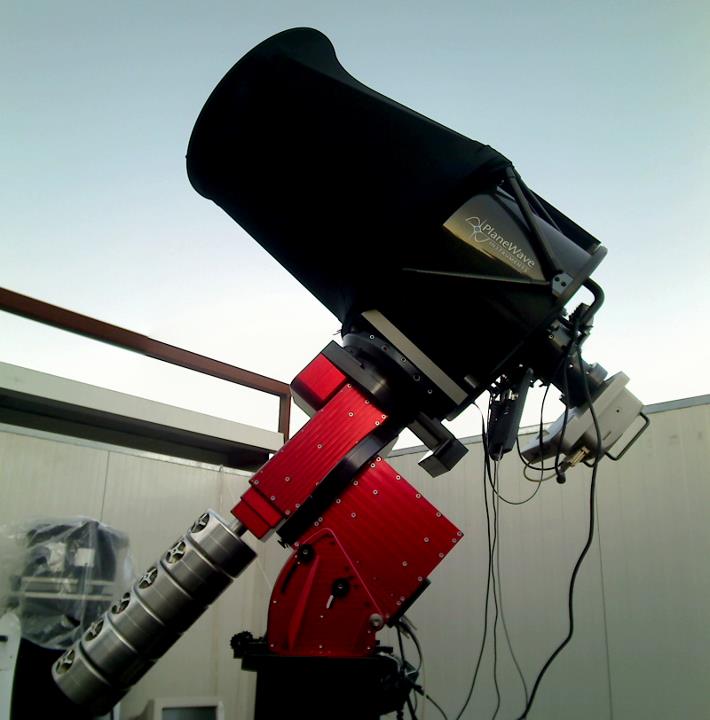 Finally, the day arrived, so did the asteroid and… the clouds, too. As always in such important events, the sky was overcasted. While a huge crowd was pressing to enter our website, the clouds wanted to sit in the first row, above us. So, we had to delay the live session, though we had a chance to see the asteroid soon after it rose above our horizon, one hour before the official start. We did all the proper setup to have our  PlaneWave 17″+Paramount ME+SBIG STL-6303E robotic unit ready to track this object at its very own, fast apparent motion of  160″/minute; when it was only 13 deg above the SE horizon, we slewed our telescope to it and 2004 BL86 made us happy. Below is such a early image, where the asteroid is visible as a dot of light, in the center, with stars trailing all around. The Paramount ME robotic mount was really just perfect, as always, for this advanced task. 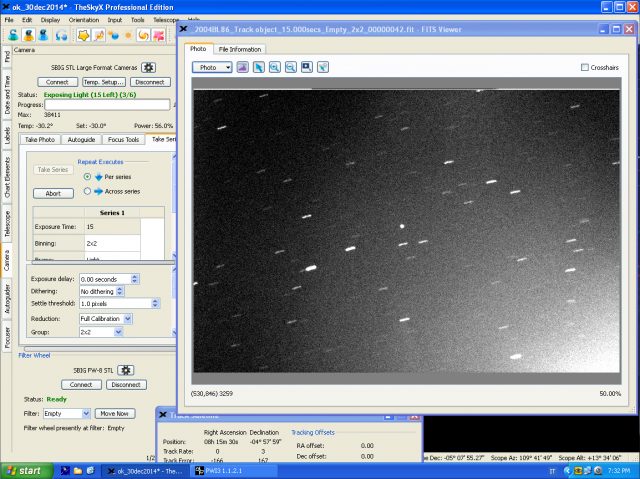 Using those early frames, we managed to make a video with 154 images, each using an exposure time of 10 seconds. This video runs from 18:46 to 19:25 UT. Check the video below (click on the video below to get the full res file, which is 19 Mb large):

Soon later, clouds covered everything, to the point that at the scheduled public time, we could not go live, delaying the session of 30 minutes. This happened several times, we were loosing our hopes to see something when the sky started to show stars again around 21:15 UT. We immediately opened the live feed, with thousands and thousands of viewers connected: all of them were so happy to see the asteroid, at last! There were so many people looking (with peaks of 15.000 contemporary viewers!)  that our web-server was sometimes slow, but with a bit of patience everybody had its chance to see 2004 BL86 thanks to the Virtual Telescope.

Below is another image taken during our live feed, where the asteroid is amazingly bright and running. For 30 minutes we had continuous coverage of this spectacular object, sometimes seeing clouds crossing the field of view: this added realism to the experience. The robotic system was a joy to see in action. 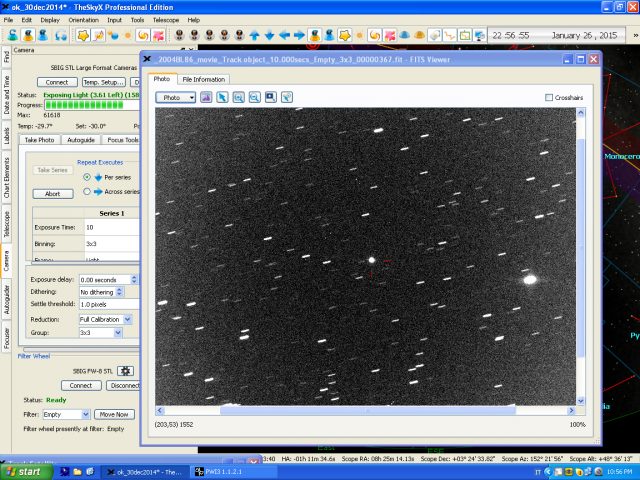 Among the images we captured, a few showed the bright trail of an artificial satellite, which crossed the field of view of the asteroid, an evidence that there are so many things moving in the night up there. Below is one of those frames (the asteroid is always a dot, the long and bright trail is the artificial sat):

This second attempt provided 215 frames, each integrated again for 10 seconds. The resulting time span ranges from 21:16 to 22:12 UT and the video below shows clouds affecting the view, as well as a few satellites crossing the field of view. Check the video below (click on the video below to get the full res file, which is 23 Mb large):

As I wrote, our live coverage was a planetary success: almost 260.000 unique viewers saw asteroid 2004 BL86 with the powerful eyes of the Virtual Telescope (and other almost 350.000 saw the podcast on youtube). It was a worldwide party, as the chart below easily show: every Country showing with some blue color is a place from where we had viewers. Can we say we did a global coverage? 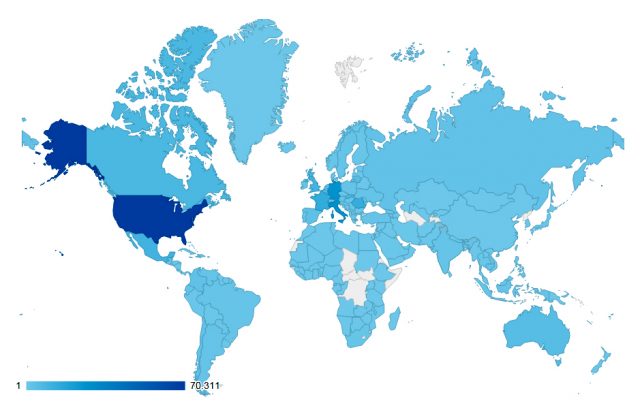 Last, but not least, those who missed the live feed can find it here, on our youtube channel:

It was a great event, making history for its huge success and we were proud to bring it to the world and to those always looking at the wonders of the sky at night.