The Day The Earth Smiled: Cassini images our planet from Saturn, we spy Saturn from the Earth 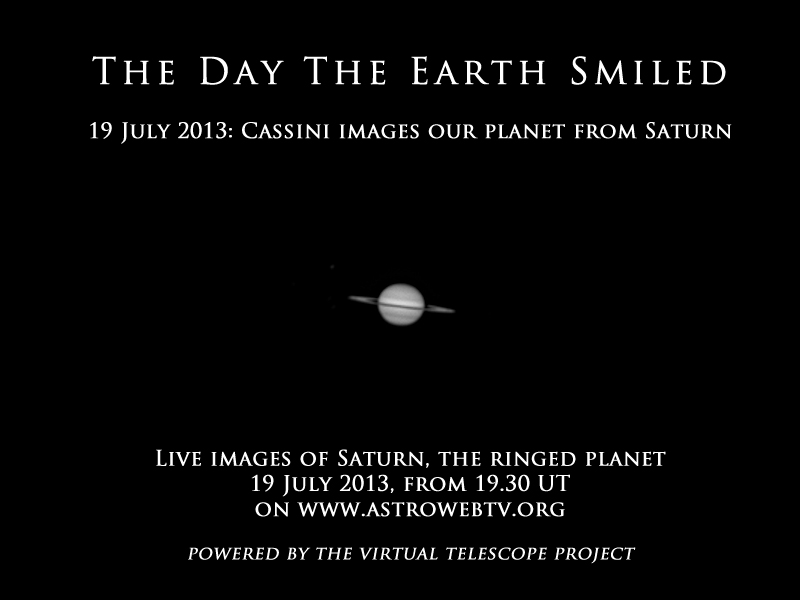 "The Day The Earth Smiled" event

On July 19, 2013, the Cassini spacecraft, currently in orbit around Saturn, will be turned to image that planet and its entire ring system during an eclipse of the sun, as it has done twice before during its previous 9 years in orbit.

But this time will be very different. This time, the images collected will capture, in natural color, a glimpse of our own planet alongside Saturn and its rings on a day that will be the first time the Earth’s inhabitants know in advance their picture is being taken from a billion miles away.

This event is organized by The Day The Earth Smiled and Astronomers Without Borders, with the support of several partners.

For such a historic event, on 19 July 2013, starting at 19:30 UT, the Virtual Telescope will share live images of Saturn on its WebTV: while Cassini will be imaging us, we will look in its direction!

To join, just enter at the given date/time the live page here!