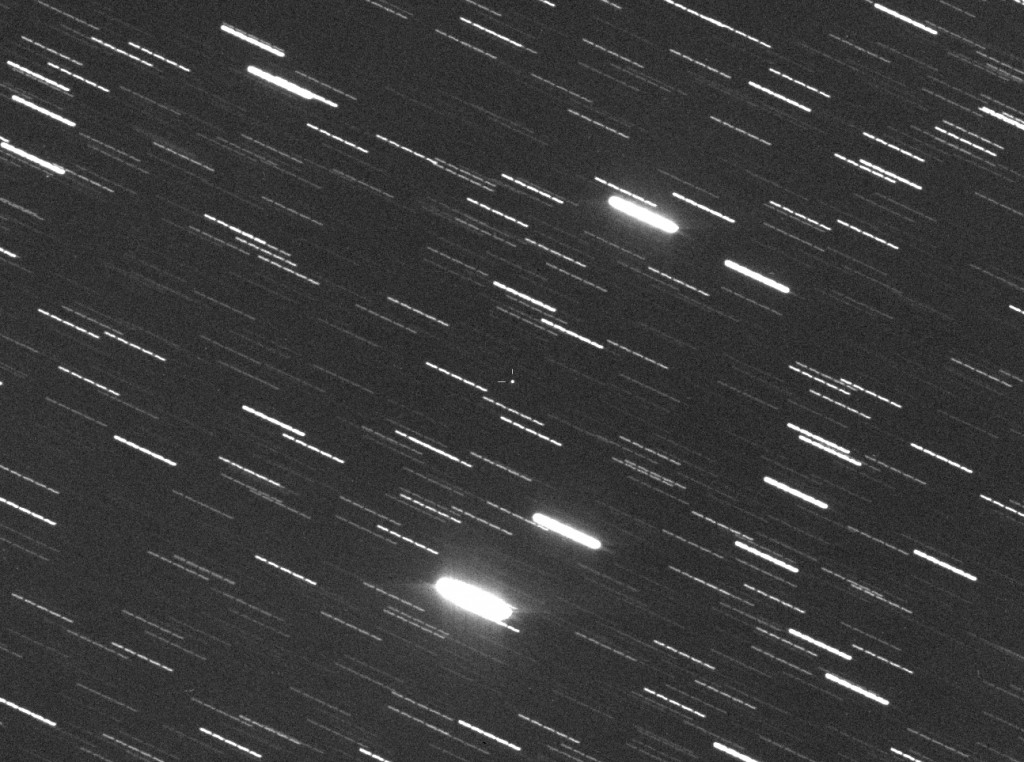 On 4 Aug. 2013 the Spanish survey “La Sagra” discovered a small asteroid, with an estimated diameter of about 50 meters, now named 2013 PJ10. Earlier that day, it reached a distance from the Earth of about 372.000 km, closer than the Moon.

A few nights later, the PlaneWave 17″ robotic unit captured this asteroid and an image is visible above, while the rock was at about 1.5 millions of km.