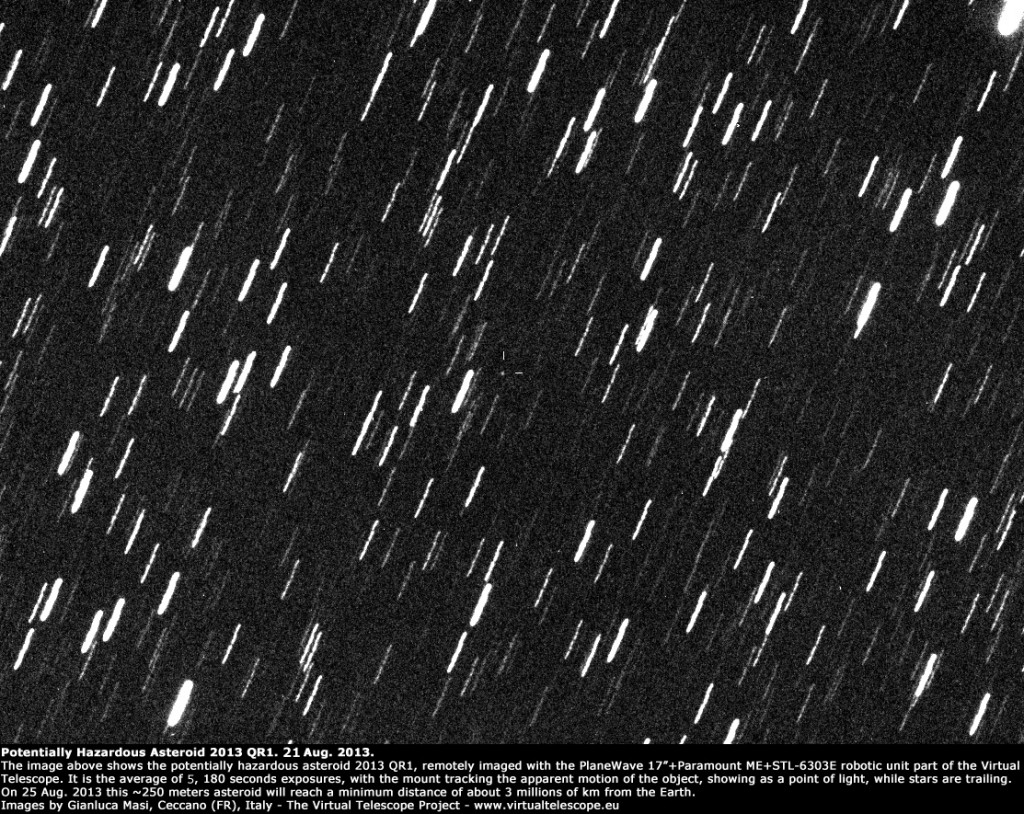 While potentially hazardous asteroid 2013 QR1 is getting closer, The Virtual Telescope facility decided to try capturning  it again, even if a very bright full Moon was a serious issue against its detection.

The PlaneWave 17″ robotic unit, was slewed to the target and its Paramount ME mount was asked to track at the apparent motion rate of the target; this resulted a winning factor, as asteroid showed pretty well.

Above is an image coming from the average of 5, 180 seconds exposures.