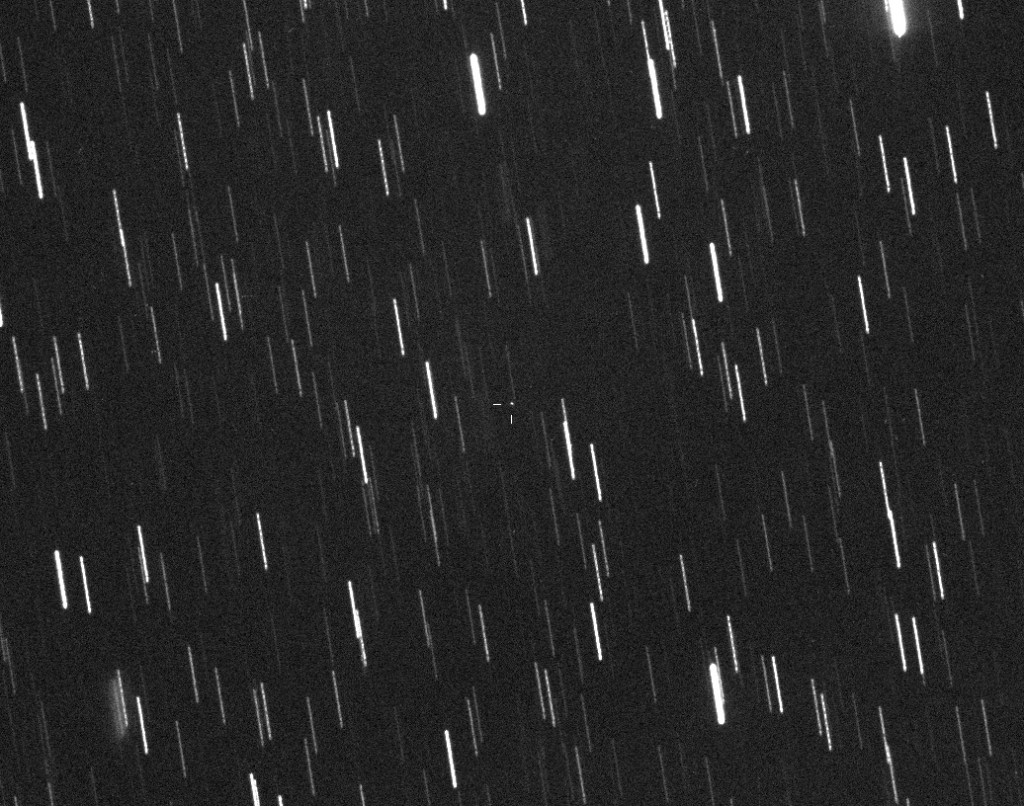 On 27.9 Aug. 2013, the PlaneWave 17″ robotic unit was remotely asked to do some follow-up of the near-Earth candidate 38OB505, discovered by “La Sagra” survey in Spain and at that time needing of confirmation. It was moving at 6″/minute and we asked the Paramount ME robotic mount to track at that rate.

10, 60-seconds exposures were collected and averaged, obtaining the image above, where the asteroid is well visible. It resulted to be a Potentially Hazardous Asteroid (all asteroids with an Earth Minimum Orbit Intersection Distance – MOID – of 0.05 AU or less and an absolute magnitude (H) of 22.0 or less are considered PHAs).

We performed astrometry and it was used in the discovery MPEC circular issued by the Minor Planet Center.

Back to the “Asteroids and Comets” page