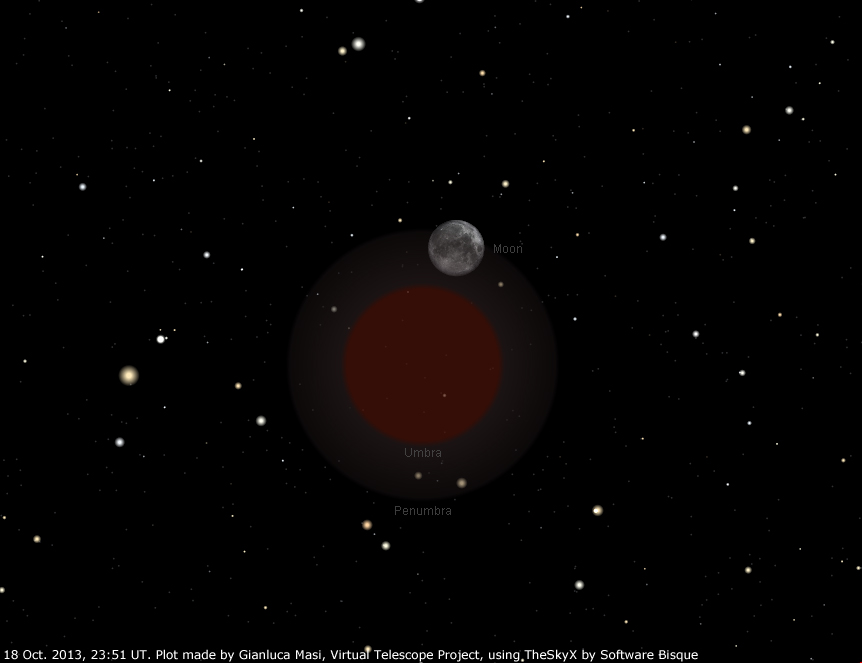 In the night of 18 Oct. 2013, the Moon will show a penumbral ecplise. It is the last lunar eclipse of the year so, while not the most spectacular event, it is still worth a look. The Moon will not completely enter the penumbra, but the effect should be readily appreciable by eye.

The Earth creates in space both a umbra and penumbra cones, under the light of the Sun (which as seen from the Earth/Moon has an appreciable angular size): when the Moon enters only the more external, larger penumbra region, the Sun will not be completely covered from any region of the Moon, just covered partially, so the evident umbra will not be visible on our satellite.

This eclipse will be completely visible from Europe, Africa, Brazil and western Asia; the Americas will see it as moon-rise, eastern Asia at moon-set. No eclipse from Japan and Australia.