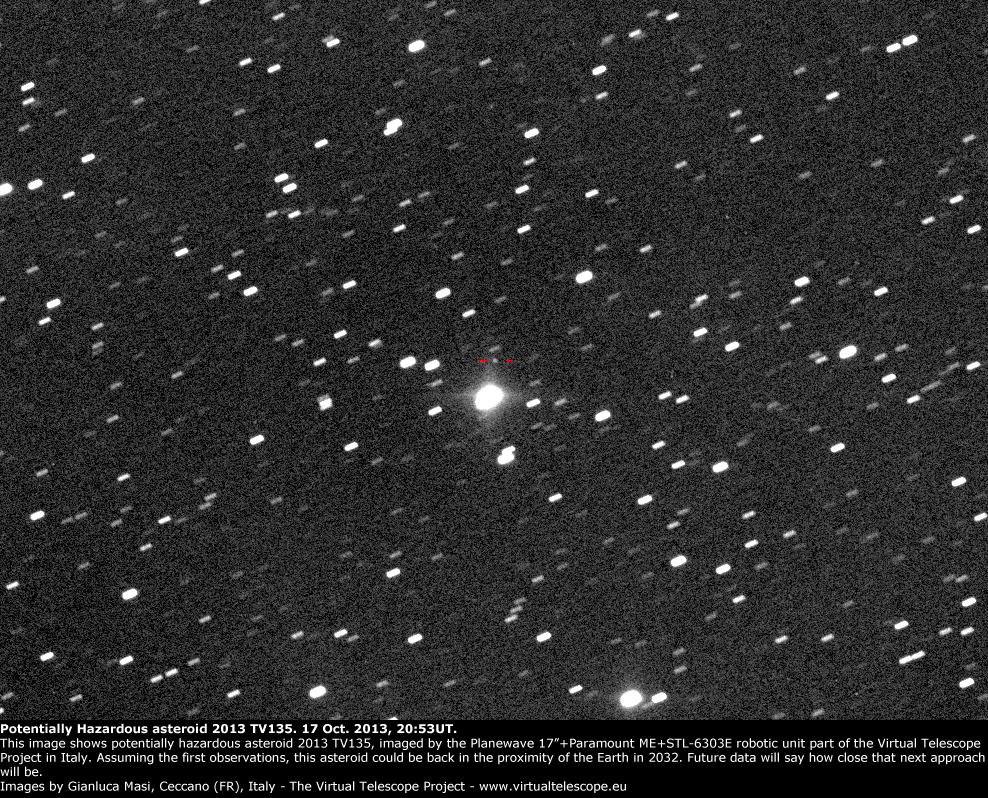 On 8 Oct. 2013, astronomers working at the Crimean Astrophysical Observatory in the Ukraine discovered a new potentially hazardous asteroid, now named 2013 TV135. Those first observations showed there was a chance to see that asteroid close to the Earth in 2032, with a probability it could then impact Earth of only 1-in 63,000. Its diameter is estimated in about 400 meters.

It is very important to underline that such a probability expresses our poor knowledge of its orbit, because it is based on a very short arc of time(orbit). 2013 TV1354 will be visible over the next months, so many new observations will help calculating a much better orbit.

Also, and more important, data quality so far was not the best, so the orbital uncertainties are quite large. By far, the most likely scenario is that such an already very low probability will quickly drop to zero in a timescale of a week or so. So, rumors from media describing it as a risk are simply not understanding the real situation.

Above is an image obtained remotely using the PlaneWave 17″ robotic unit part of the Virtual Telescope Project. Despite the bright, full Moon, the object shows well; these images provided astrometry, to help improving the orbit.