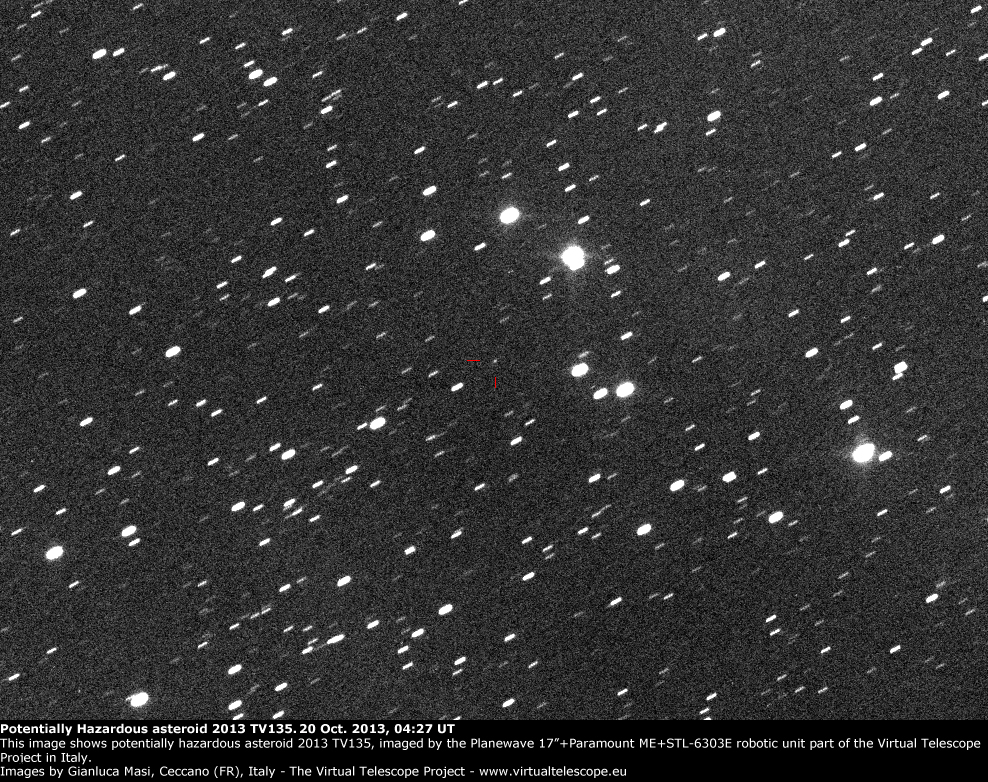 Despite the still very bright Moon, the asteroid shows well, as clearly visible in the image above. It comes from the average of four, 120-seconds images, later averaged against the apparent motion of the minor planet.

These images were used to obtain high precision astrometry, helping in determining the orbit of this object.

This is an interesting asteroid, showing at the writing time a non zero (1/16.000) impact probability with the Earth in 2032. It is important to note that such a probability, based on a short arc of time/orbit, will largely evolve while  more observations will be obtained next weeks, very likely dropping soon.