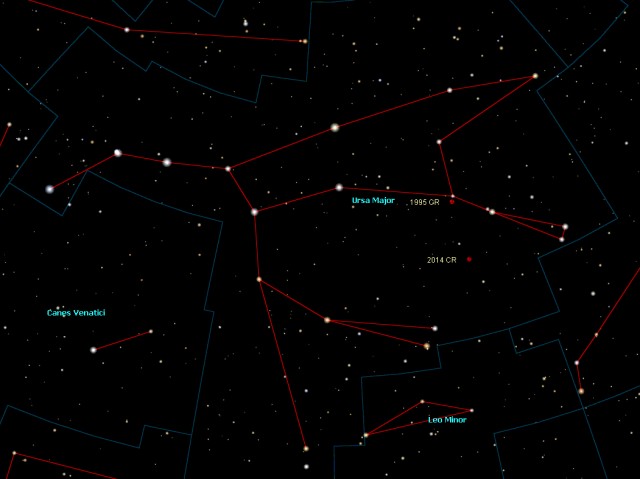 At Virtual Telescope we have been sharing close approaching asteroids so often, but for the first time we are going to share two of these intriguing rock on the same night!

Quite curiously, on the 20 Feb evening. they will be visible from Europe in the same portion of the sky, among the stars of Ursa Major, within a few degrees. And that night you can see them live, online, thanks to our technology! NB: because of the weather, we rescheduled this live feed for 21 Feb. 201, at 20.00 UT.

Our robotic telescopes will show both of them: we will jump back and forth from one to the other, tracking them during their close approach.

To join, you just need to enter, at the date and time above, our webTV page here!