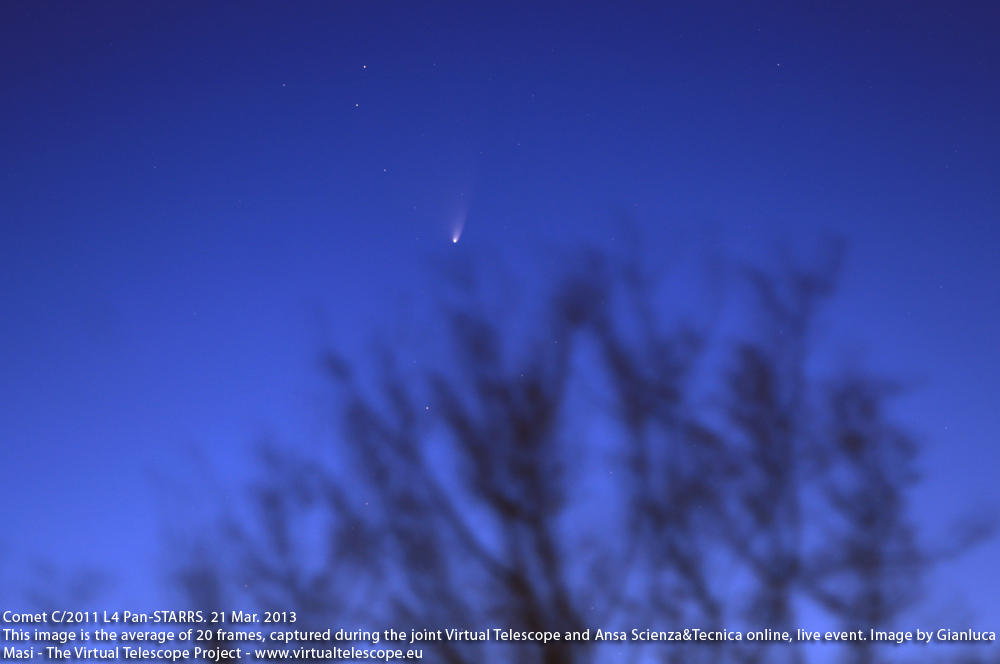 On 21 Mar. 2013, the traditional start of Spring (that this year began on 20th), the Virtual Telescope Project, together with the Science & Tech channel of ANSA (the main news agency in Italy) offered another live, online observing session to share comet Pan-STARRS with the public.

The sky was excellent and comet showed so beautifully in the twilight, enchanting the online viewers with its beauty.

The image above was captured while the sky was still relatively bright, the one below later in the evening. 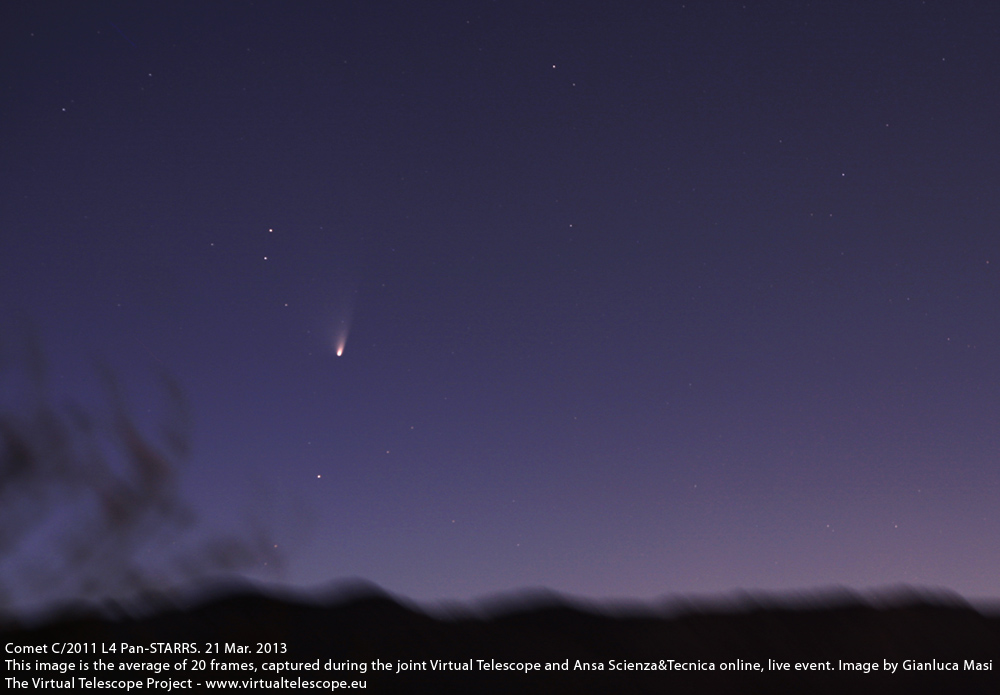