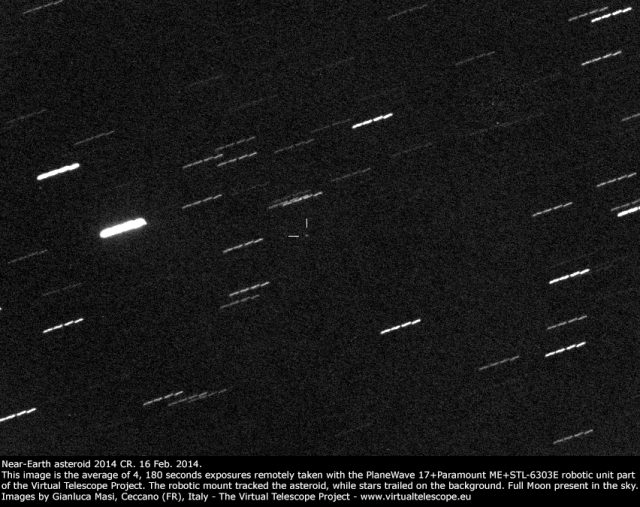 See this asteroid live with us!

Together with 2014 BR57, we also observed 2014 CR, scheduled for live observing in the next few days.

Again, the Planewave 17 robotic unit managed to capture that difficult light, while the Full Moon was high in the sky. The telescope tracked the asteroid, so it looks like a small dot of light, while stars shifted on the background.

Above is the average of four images, with 2014 CR marked by two white lines.