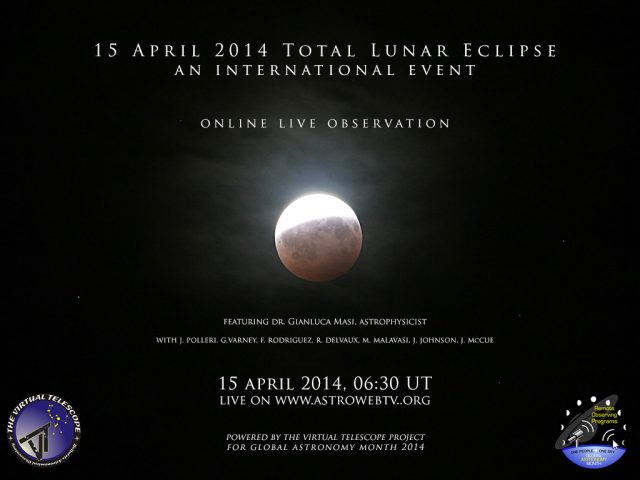 Next 15 April 2014, the Moon will offer an amazing total eclipse, well visible from the US, Central America, Chile, Australia and a few more Countries. The Virtual Telescope Project was asked by many people to plan something, also because April is Global Astronomy Month, so we wanted to meet that request: unfortunately Italy – where our robotic facility is – will not see it.

Join us on April 15, starting at 06.30 Universal Time! You just need to access our online webTV, click here!