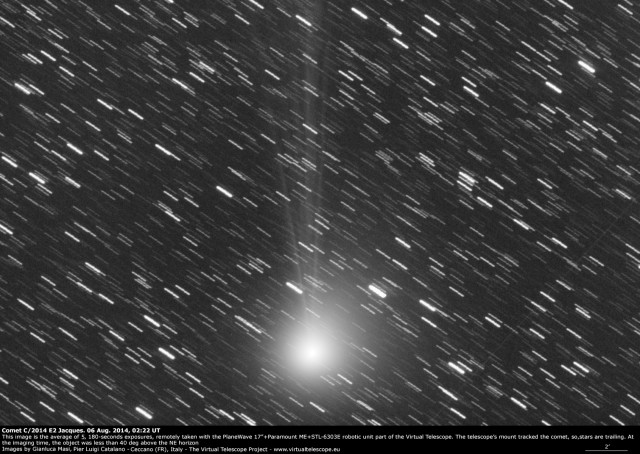 Early on the morning of 6 Aug. 2014, the sky was finally clear at the Virtual Telescope observing site and we managed to capture some images of comet C/2014 E2 Jacques.

The image above comes from the average of 5, 180-seconds exposures, remotely taken with the  17″ robotic unit part of the Virtual Telescope. The telescope’s mount tracked the apparent motion of the comet. At the imaging time, the comet was at less than 40 degrees above the horizon, but the sky was very clear and the ion tail is amazingly well visible, with many  intriguing details.