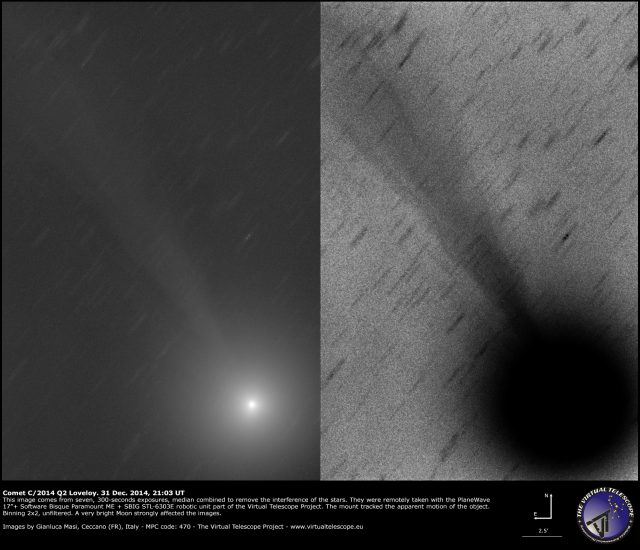 On 31 Dec. 2014, despite the very bright Moon, we imaged comet C/2014 Q2 Lovejoy again, few hours before celebrating the end of the year and the start of the new one. The benefits of a robotic telescope, accessible through a smartphone!

The image above comes from the seven, 120-seconds unfiltered exposures, remotely collected with the  PlaneWave 17″+Paramount ME+SBIG STL-6303E robotic unit part of the Virtual Telescope Project. All the images were median combined to remove the interference of the stars as much as possible. The telescope tracked at the apparent rate of the comet.

The object was at about 30 deg. of altitude above the horizon. A bright Moon was high on the South-West, making quite hard to see the faint features of the ion tail; despite it, it was a great way to astronomically close the 2014.