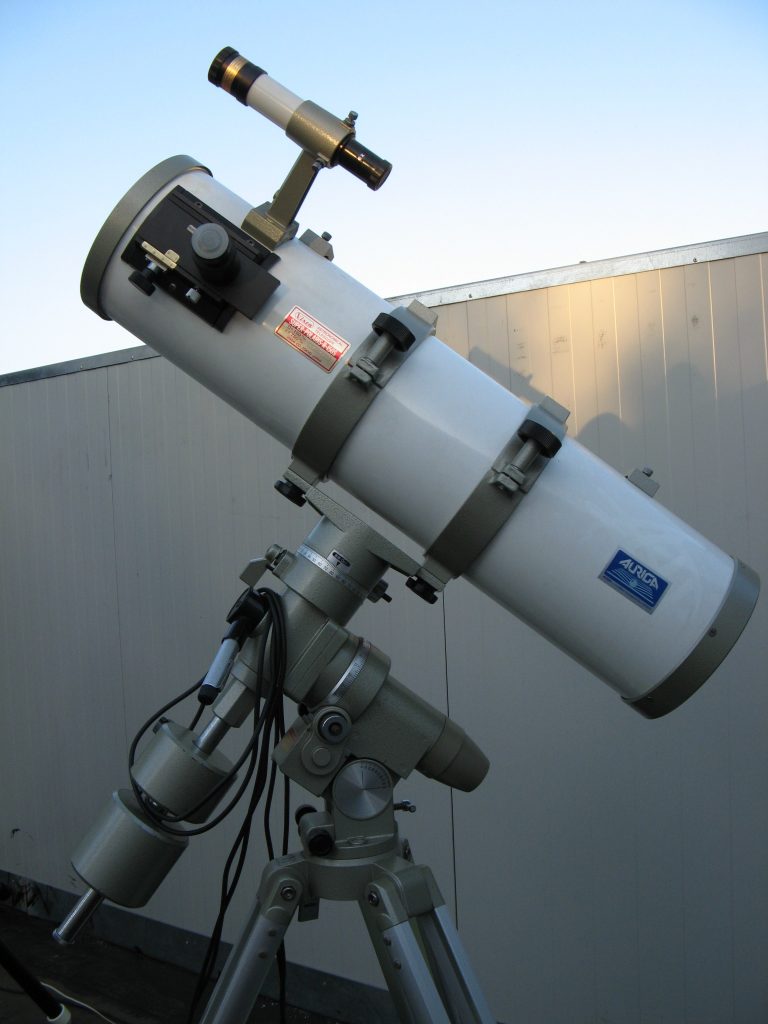 It was a cold day, that far 17 Jan. 1985, with the snow still around after a serious snowfall earlier that year. A very young guy, you would say a a child, was spasmodically waiting for something very special: a new, very advanced and powerful telescope, the dream of his childhood. The snowfall affected almost all Italy, making harder for companies to deliver their packages, so the waiting was somewhat more nervous.

But that morning, the sun was gently making things a bit easier and, at some point, a yellow truck arrived. Yes, it was THAT truck, carrying its precious stuff: a brand new Super Polaris R-150S, 6″ newtonian telescope, on its precise Super Polaris equatorial mount, sporting the very first goto computer in history, the “Skysensor”. It was truly a piece of art, mechanics and optics, coming from the Japanese, highly renewed  Vixen company. I did see that scope in Rome late in 1984, when it was introduced to the Italian community: it was love at first sight.

I still remember so vividly when the truck driver placed those big boxes on my door and my father and me soon brought them inside our house. In a few minutes, I was unpacking all of them, with my heart full of joy and excitement. That wonderful telescope showed in the box, with its elegant, white tube, clearly built with perfection in mind. The equatorial mount, with its light green color, was an evident piece of art, saying to the eyes it was a truly good mechanics. Finally, a smaller box containing the “Skysensor” microcomputer with two stepper motors, the first advanced electronics making possible for a telescope to automatically slew, with its motors, to a given astronomical object out there. 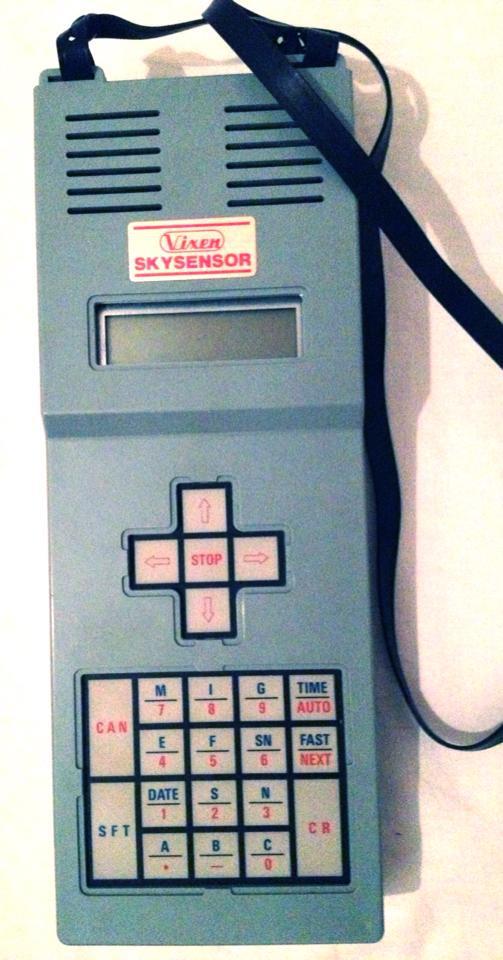 The Vixen Skysensor microcomputer (1984) of the author

It is extremely hard for me to summarize here all the feelings of that morning, now exactly 30 years far in the past. It made clear to the child I was at that time that I wanted to be a scientist working in the astronomical area. The next days, with my father we managed to have everything ready to work. The first light was a few days later, as I needed some time to master the instrument and the weather was also cloudy and rainy for a while. I remember I was looking at that telescope often, in the shadow of our living room, listening to Stevie Wonder’s “I Just Called to Say I Love You”, an hit those weeks.

I still remember that very first observation. The telescope was inside my living room; I managed to leave the windows opened for a couple of hours, to the point that the room was almost a refrigerator, because of the cold night. I did a raw polar alignment, that I initialized the Skysensor, then asking it to slew to Messier 42, the Orion Nebula. I remember the beeps emitted by the unit while the telescope was autonomously moving to the target. It was science fiction in action. It was 1985: a telescope was automatically finding a deep sky gem on my request.

The beep ended, I looked through  the eyepiece and adjusted focus: I will never forget that vision, with the pale, gaseous nebula feeling that part of the sky, all around the Orion’s Trapezium. It is one of the observations I remember better, it will be with me as a fond memory for all my life.

The variable star V418 Vul, discovered by G. Masi in 1997 as it varies in luminosity

With that scope I did a lot of things: hundreds of observations (included comet Halley) and images, also discoveries in the following 12 years, before moving to a bigger instrument. It really was a top quality instrument, not cheap, but really a treasure.

The telescope, its mount and its electronics are still perfectly working. They never had a trouble, never.

A lot of time has gone since then. Now I’m older, but thanks to that wonderful telescope and to my family who made my dream to own it real, I’m now a scientist, an astrophysicist enjoying the beauty of the Universe, having fun with its amazing phenomena and happy to share them with the world via the Virtual Telescope Project.

After all, everything started with that 6″ inches telescope, 30 years ago (well, my interest in astronomy dates back to late ’70s, but this one was my first serious scope). It has been an adventure a love story, now continuing with other, much more powerful instruments, but with unchanged feelings and tireless dedication.