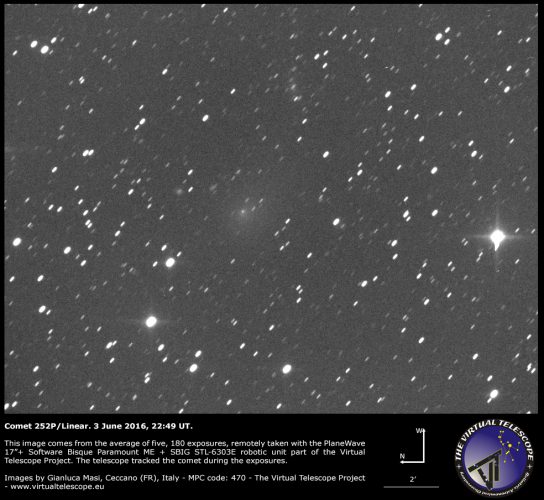 Almost two months after our previous observations, we imaged comet 252P/Linear again. This comet had an historic close fly-by with the Earth in March. Comet was reported to be fadind fast early on June 4.

The image above comes from the average of five, 180-seconds exposures, unfiltered, remotely collected with the  PlaneWave 17″+Paramount ME+SBIG STL-6303E robotic unit part of the Virtual Telescope Project. Binning 2×2, with a resulting scale of 1.2″/pixel. The robotic telescope tracked the apparent motion of the comet, so stars left trails on the background.