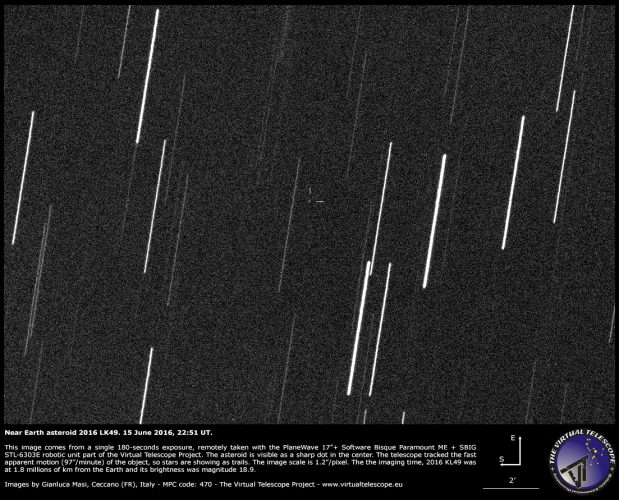 At Virtual Telescope we tried to grab it,as part of our imaging project, involving all the asteroids coming significantly close to the Earth.

The image above is a single 180-seconds exposure, remotely taken with PlaneWave 17″+Paramount ME+SBIG STL-6303E robotic unit part of the Virtual Telescope. The robotic mount tracked the fast (97″/minute) apparent motion of the asteroid, so stars are trailing, while the asteroid is perfectly tracked (the minor planet is the little sharp dot in the center, marked with two white lines). At the imaging time, the object was at about mag. 18.9 and at about 1.8 millions of km from our planet. These superb images show the excellence of the Virtual Telescope with these very demaning targets.